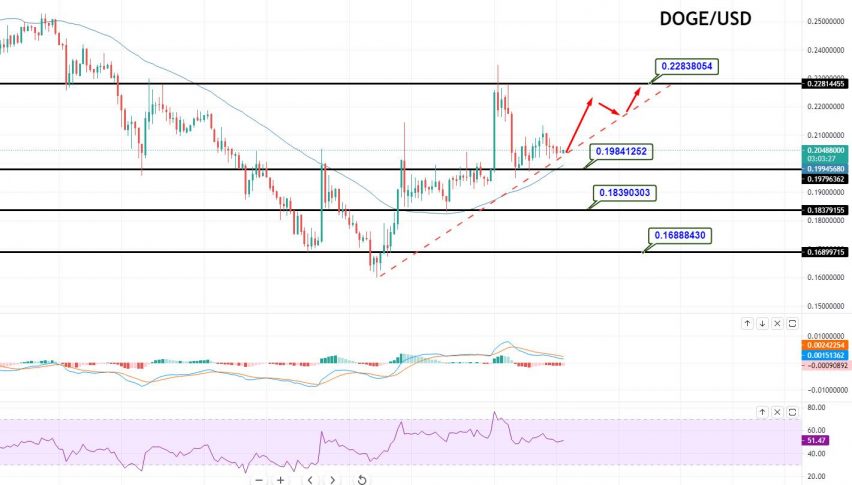 The flat movement of Dogecoin could be attributed to the lack of any recent fundamentals and news in the meme-based cryptocurrency. The market sentiment also cooled down on Wednesday, and the altcoins started giving flat movements on the day.

Dogecoin remained unchanged during Wednesday’s trading session, despite a favorable tweet from the South African-born entrepreneur. Elon Musk, the owner or CEO of billion-dollar companies like SpaceX and Tesla, tweeted that Dogecoin was money. He called meme-based coins money to make the people realize the worth of Dogecoin and take the digital asset seriously.

DOGE/USD
Dogecoin first appeared on the monetary scene in 2013, starting off as a meme-coin, which was not meant to be taken seriously. However, since then, the cryptocurrency has risen to 4th position among the largest digital assets in the world, and it hit a new record earlier this year when it touched $1 for the first time.Among many celebrities who are fans of this meme-based coin, Elon Musk has always been on top of them as their biggest fan. He has even announced that he will make Dogecoin the currency on Mars. He has also contacted the developers of Dogecoin in an effort to improve the currency, and he has taken steps in the social media to request information and opinions regarding the idea of accepting Doge as a means of payment for goods and services.

Recently, Musk said that Dogecoin was money, and not just some speculative asset that could make one rich overnight. He tweeted: “I’m trying to tell you Dogecoin is money… A lot of money.” He further supported the coin by saying that he owned the meme-based coin, and this revelation added further gains to Dogecoin. However, the cryptocurrency remained flat throughout Wednesday, amid a lack of any significant news regarding the currency.

On the US front, the greenback remained on the back foot for the third consecutive session. The Fed failed to provide any significant hints regarding the tightening of the monetary policy and the declining US dollar added further strength to the DOGE/USD, due to the negative correlation between the two, but Doge investors stayed out of the market on Wednesday. 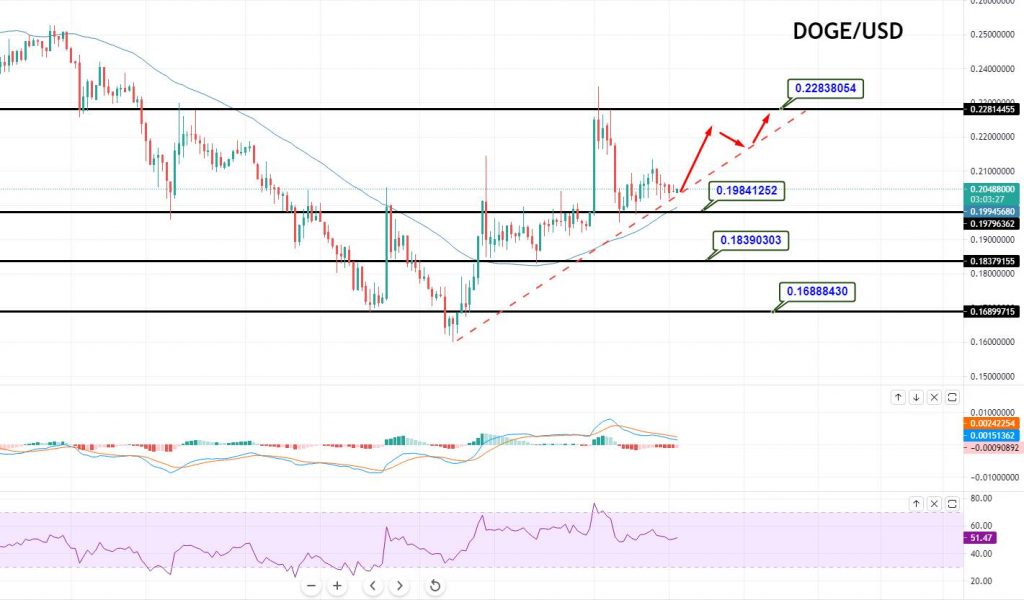 On the technical front, the DOGE/USD coin is trading with a neutral bias at $0.2040, as the upward trendline extends support at the $0.20000 level. On the higher side, the Dogecoin may find resistance at the 0.2280 support level, whereas the violation of this level could extend further room for buying until 0.25000. On the lower side, the support holds at around 0.1830 and 0.1688. Consider staying bearish below the 0.2070 level today, or buying above the same level. Good luck.
12h
Check out our free forex signals
Follow the top economic events on FX Leaders economic calendar
Trade better, discover more Forex Trading Strategies
Related Articles

Gold Rejected Below 1,782 Level Despite Dovish FOMC
3 days ago