Forex Signals Brief for Aug 26: Volatility Falls Ahead of Powell

Markets were quiet on Wednesday as the attention remains on what is to come at the end of the week.

Equities did rise ever so slightly, while the Greenback remains mixed. GOLD wasn’t able to hold onto the key $1,800 level and the other metals were also soft.

Bitcoin is still holding up along with the entire sector, however, we haven’t seen price look like retesting $50,000 in any form just yet.

All the attention is still on what is going to be said on Friday and Jerome Powell fronts Jackson Hole and talks about the potential to wind back the never-ending bond-buying and easy monetary policy that we’ve been witness to. So until then, things could remain quiet.

There are a few data points and economic events that are worth paying attention to on Thursday.

In Europe, we get to see the latest ECB minutes. While there is speculation of rate rise, I don’t think we’ll see anything like that suggested in the latest minutes.

In the US, we get jobless claims which are slowly dropping, however, there are still tens of millions unemployed. We also get the latest GDP update for Q2.

The FX Leaders Team hit 2 winners from 3 trades, as volatility was relatively low.

XRP is holding steady, but the entire sector was quiet yesterday. We remain long 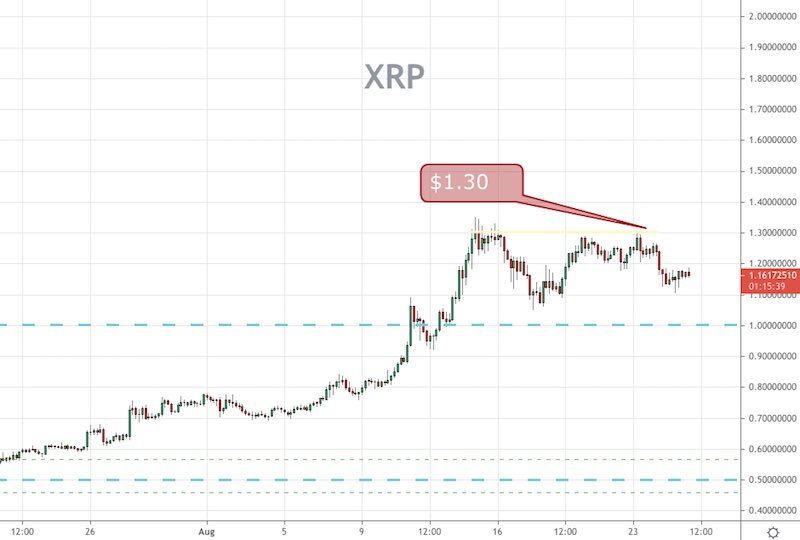 GOLD is no under $1800, however, the moves have been modest. We’ll be watching this one closely on Friday with Powell set to speak. 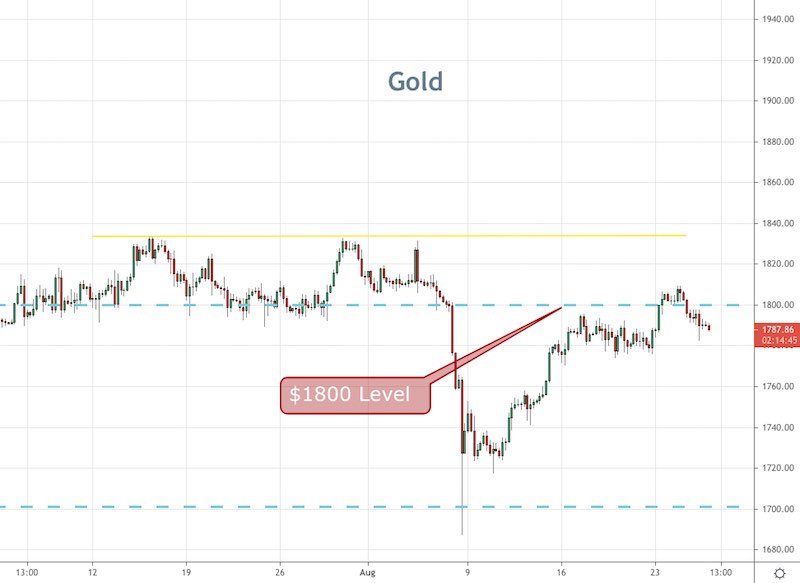 BTC is still under $50,000, and is really just treading water at the moment. I’m still watching developments surrounding Tether as it contributes roughly 80% of the order flow, which is very much a concern. Similarly, exchanges that trade USDT pairs need to be watched closely. 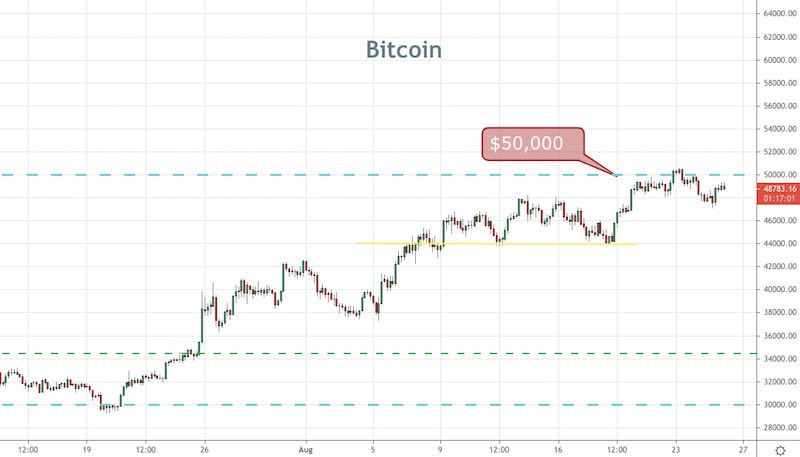