Will the BOE Show Concerns About Inflation in Today’s Meeting? - Forex News by FX Leaders

Will the BOE Show Concerns About Inflation in Today’s Meeting?

At its latest monetary policy meeting scheduled for later today, the BOE is widely expected to maintain its interest rates unchanged at record lows even as its 895 billion pound asset purchase program gets ready to end. Last month, external member Michael Saunders had voted to wind down asset purchases and investors’ focus will be on whether any other MPC members cast a similar vote in the upcoming meeting.

The BOE is one of the first leading central banks that has committed to winding down its QE program by the end of 2021, and in August’s meeting, half of the MPC members agreed that the stage was being set to start considering rate hikes as well. One of the biggest drivers of the hawkish tones remains rising concerns about inflationary pressures amid the rapid rebound in the British economy.

During last month’s meeting, the BOE revised its inflation estimates for the year higher, expecting it to rise to 4% on the back of increasing energy costs and global supply chain disruptions due to the pandemic which have raised raw materials’ prices. In recent weeks, Europe has seen natural gas prices soar, hurting not only households’ energy bills but also impacting industries as well as food supplies.

Effect of Higher Inflation on the Economy

The BOE is likely to look at tightening its monetary policy in case it feels that the inflationary pressures could have a long lasting impact on consumers and on the economy. This would go against previous estimates that the effects of price rise would be transitory and would not require any form of intervention by the central bank.

Higher inflation lasting over several months can cause businesses to raise their long-term inflation expectations, which could get factored into future pricing decisions and keep the cost of goods and services higher. Meanwhile, from the workers’ side, higher inflation could force them to demand higher wages, which in turn could also be passed onto consumers by businesses.

GBP/USD at A Decisive Level, After UK and US Services Improve
2 days ago 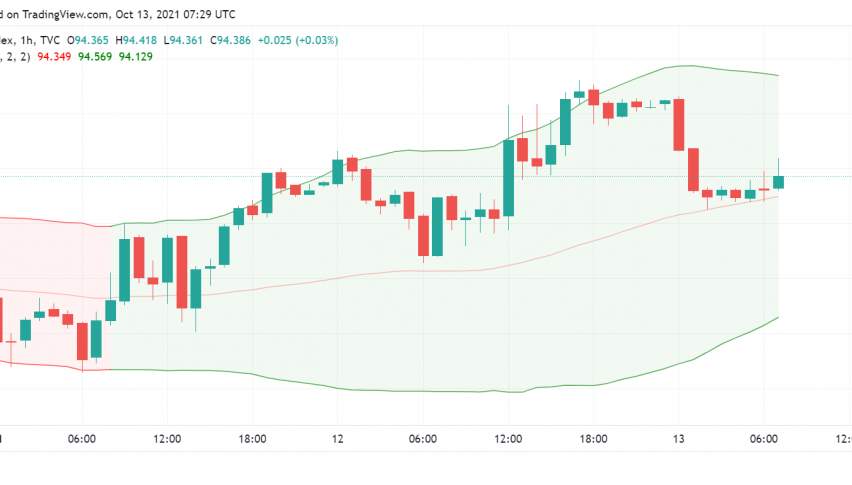