US Dollar Trades Under One-Year High, All Eyes on Employment Data - Forex News by FX Leaders 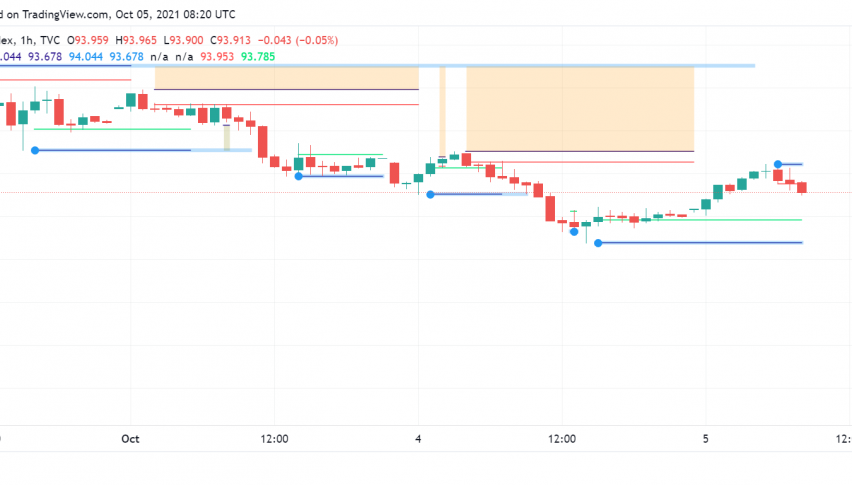 US Dollar Trades Under One-Year High, All Eyes on Employment Data

Early on Tuesday, the US dollar is holding just under the highest levels seen since a year against other leading currencies as markets cautiously await employment data for the month of September for clues on when the Fed could start tapering asset purchases and implementing its first post-pandemic rate hike. At the time of writing, the US dollar index DXY is trading around 93.91.

Analysts expect the greenback to trade bullish in the near-term supported by expectations for the Fed to be the first among the major central banks to overturn its dovish outlook and push ahead with withdrawing stimulus. However, the hawkish mood will require further confirmation from September’s NFP report which should show that the labor market continues to recover at a strong pace across the US.

According to a recent Reuters poll, the US economy is expected to have registered an uptick of 488k jobs over the past month, a figure economists believe will convince the Fed to maintain its plan to start tapering the monthly asset purchase program in November. A reading matching or higher than the forecast can drive bullish moves in the US dollar. However, a lower than expected number could scare investors that the Fed may rethink its timeline and possibly delay its plans to withdraw stimulus.

Meanwhile, the cautious mood towards the greenback has helped drive a rally in commodity currency AUD for the third consecutive session. NZD/USD has also benefited and continues to hold close to the highest levels seen in four days ahead of Wednesday’s RBNZ meeting where investors expect the central bank to announce a rate hike.

US Dollar Steadies But Supported by Rising Bond Yields, Strong Data
3 days ago