Why is Stacks (STX) Surging By Over 20% Today? - Forex News by FX Leaders 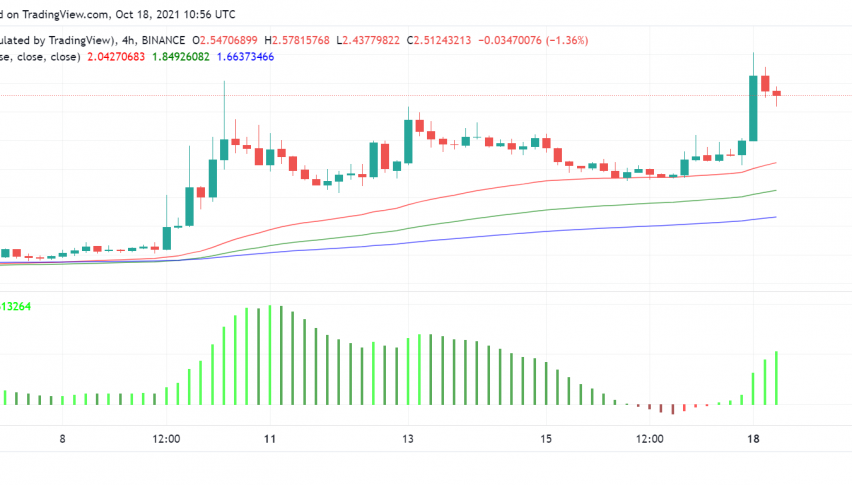 Layer-1 blockchain solution designed to empower Bitcoin with smart contracts and dApps capabilities, Stacks (STX), is one of the biggest gainers in the crypto market on Monday, buoyed by rising hopes for Bitcoin-based ETFs gaining regulatory approval in the US soon. At the time of writing, STX/USD is trading around $2.51, registering a weekly gain of nearly 27%.

An Overview of Stacks (STX)

Stacks (STX) protocol has been developed to make Bitcoin’s network more programmable, giving developers the ability to build decentralized applications (dApps), smart contracts and other digital assets on the leading cryptocurrency’s ecosystem. It leverages Proof of Transfer consensus mechanism, microblocks as well as a new programming language known as Clarity to bring DeFi and smart contract capabilities to the crypto king.

Launched in January 2021, it has quietly flown under the radar to become one of the best performing blockchain projects in the market till date. It is a second layer solution that sits on top of Bitcoin’s network without compromising its core code, and gives developers and users the opportunity to benefit from its increased security and liquidity offerings, making it just as capable as some of the newer blockchain networks in the market at present.

What Brought on the Rally in STX?

Stacks shot into the limelight recently after leading US-based crypto trading platform Coinbase made its token available to its professional traders. STX’s listing on Coinbase Pro – the platform for professional traders, spurred investor interest in the token and has been one of the biggest factors behind its current rally.

In addition, the Stacks protocol has made it possible to support NFTs on Bitcoin. Earlier this month, it launched its own NFT marketplace and sold out its very first collection titled ‘Bitcoin Birds’ in less than an hour. The developers behind the solution are also planning mainnet launches for two DeFi projects within the Bitcoin ecosystem this quarter, Arkadiko and ALEX, which can further support the value of the STX token in the coming weeks.

Meanwhile, the Stacks Foundation recently announced a partnership with crypto organization Brink to fund a new full-time Bitcoin developer fellowship position via “stacking” rewards. The initiative will see the foundation stack 1.32 million STX for Brink, yielding around $165k in BTC over a period of one year. Similar to staking, these rewards will then be used to fund a one-year fellowship under Brink’s co-founder and Bitcoin core developer John Newbery.

On the 4-hour chart of STX/USD, moving averages along with the MACD are exhibiting a strong bullish bias at the moment. However, the momentum indicator suggests some interest among sellers as well.

Stacks’ price is sitting comfortably above the pivot point at $2.15 and has broken through the first resistance at $2.47. Buyers can continue the uptrend in STX smoothly until coming up on on the second resistance at $2.75 – the next key level of interest worth watching.