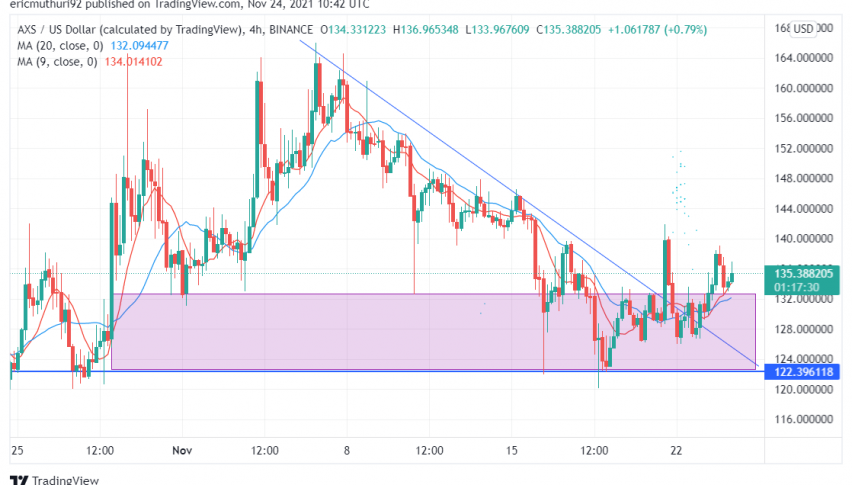 AXS/USD and FTM/USD Break Above the Descending Trendline. Are More Upsides Likely?

Axie Infinity (AXS/USD) has performed dismally in November, falling from a high of around $165 on November 6 to a low of about $122 on November 18. The decline was connected to the broader rout in cryptocurrencies as traders took profits following massive rises across the board in October.

The crypto market is recovering from an industry-wide rout that saw Bitcoin and most altcoins plummet. Axie Infinity seems to be benefiting from the comeback. At the time of writing, AXS/USD had gained 6.64% in the past 24 hours and 2.63% in the past week.

Now, AXS/USD is showing bullish signs, with a break above a descending trendline pointing to a further uptick in price. 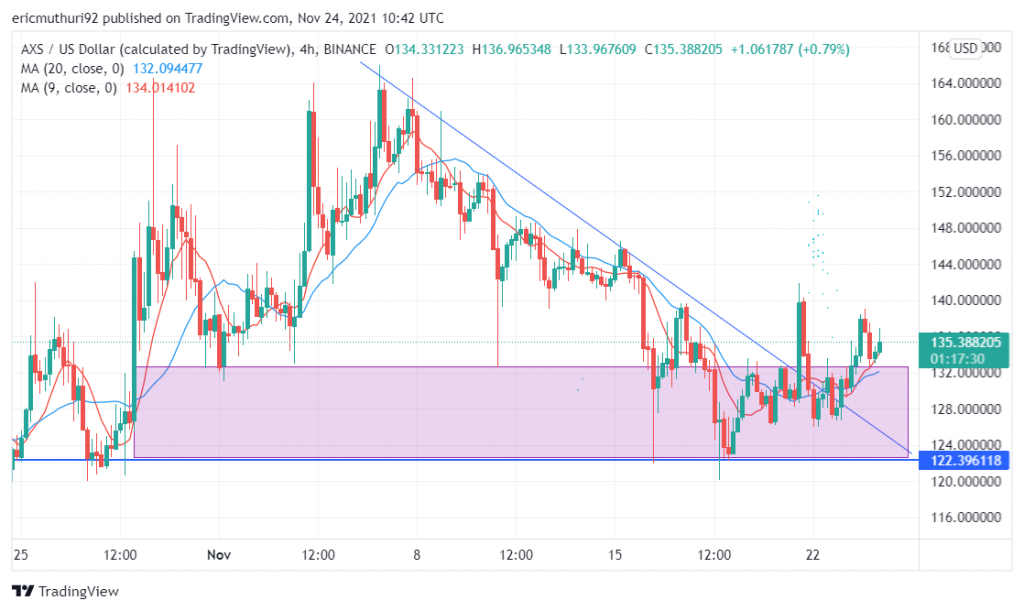 Given the strong bullish view, I recommend a buy on AXS/USD at the current level or after a short retrace to the moving averages as long as prices maintain above the $122 support. For buy trades, realistic targets can be set at $142, $150, and potentially higher, up to $160.

Fantom (FTM/USD) Breaks above a Key Level. Can It Sustain the Momentum?

Can FTM/USD sustain the bullish momentum, or will we see a retrace? Let us look at the technical analysis. 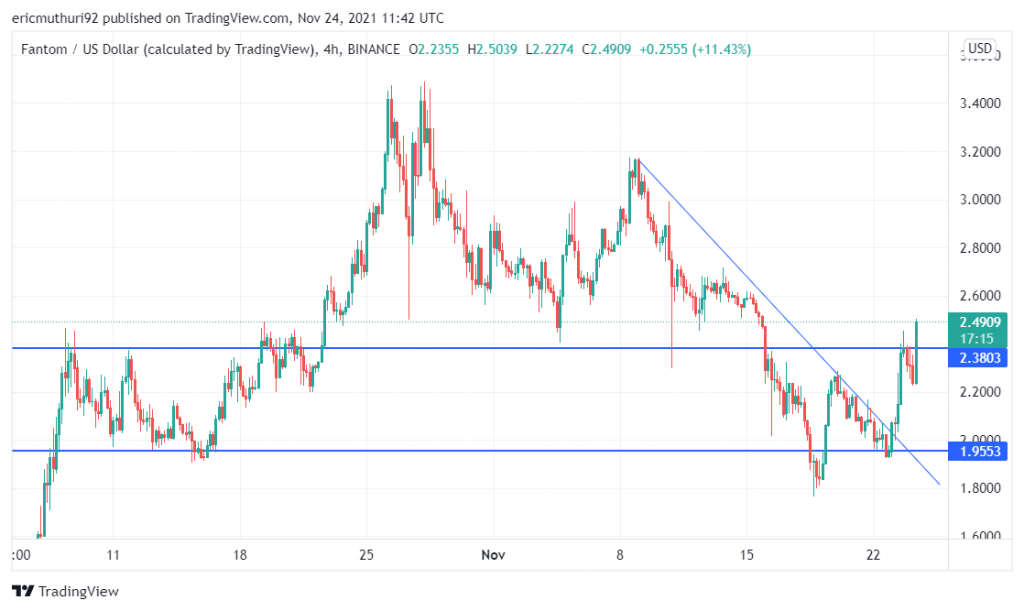 Looking at the 4 Hour chart above, FTM/USD has violated the descending trendline and has briefly pierced the $2.3 resistance in a bullish momentum characterized by higher highs and higher lows.

We are bullish on FTM/USD in the near term to medium term as it attempts to break above the $2.3 level. The $2.3 level was acting as resistance before, and a break above it confirms a bullish momentum. We recommend a buy trade at the current level setting $2.6 as our immediate profit target. Other potential targets are $3.1 or even the all-time high of $3.5. Happy trading!