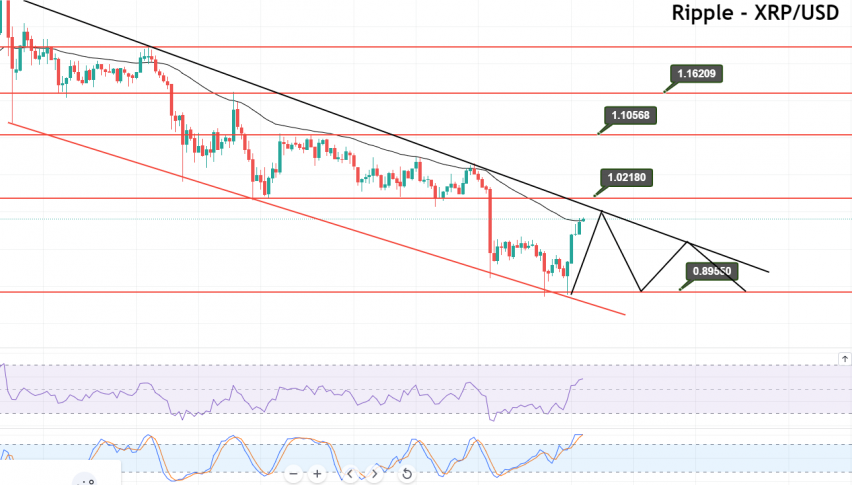 The  XRP/USD was closed at $0.96902 after placing a high of $0.96902 and a low of $0.88781. XRP/USD continued its upward momentum and rose for the second consecutive session on Sunday to recover another portion of its previous loss. On Sunday, it dropped to its lowest since September 29th, on the back of the rising strength of the US dollar; however, the cryptocurrency started moving upward on the back of positive news fragments surrounding the Ripple ecosystem.

XRP/USD
According to the CEO of Ripple, Brad Garlinghouse, the 2020 lawsuit filed against his blockchain payments company by the US Securities and Exchange Commission was moving in the right direction. The SEC filed that the company sold about $1.3 billion worth of XRP, which the SEC called unlicensed securities; however, Ripple maintains that XRP cannot be classified as a security.

Ripple’s XRP is currently the seventh largest cryptocurrency worldwide, but it was the third biggest cryptocurrency behind BTC and ETH before the SEC lawsuit. The lawsuit prompted Coinbase and other exchanges to delist XRP, which triggered a sell-off at the time. However, Ripple managed to recover its losses after it pointed to BTC and ETH and asked to know why those assets were exempt from the SEC. The latest positive comments from Garlinghouse that the case will be closed by 2022 raised  XRP/USD prices over the weekend.

Lately, XRP/USD has closed the “Three white soldiers” pattern that indicates a solid bullish bias among investors. Moreover, the formation of candles above 20 and 50 SMA supports an uptrend.

Ripple's XRP Price Prediction: Bullish Breakout to $1 Next?
4 months ago