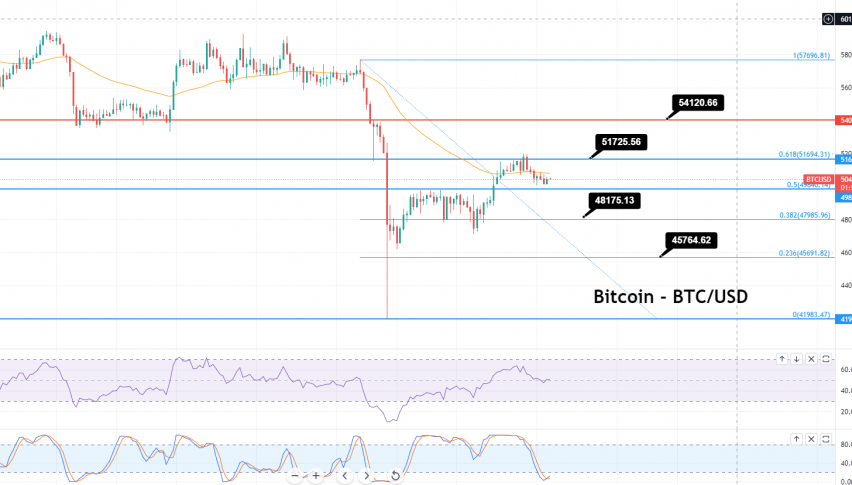 The BTC/USD ended the day at $50,634.0, having reached a top of $51,969.0 and a low of $50,102.0. BTC/USD extended its upward trend for the third session in a row, recouping about half of its Saturday’s loss. Cryptocurrencies have seen massive adoption from corporate and ordinary investors in recent years. Adoption is also expanding daily as more people seek access to Bitcoin and other cryptocurrencies.

According to a recent Grayscale Investment Survey, around 26% of US households currently own BTC. A comparable analysis conducted last year indicated that BTC was held by 23% of US households. The survey was performed among 1,000 households, and the findings revealed that most investors were investing in Bitcoin for the long run.

BTC/USD
The number of residences in the United States who own cryptocurrencies has climbed by 3% in the last year, and the cause has been attributed to the country’s high inflation levels, which have led more investors to seek access to BTC and other cryptocurrencies. This survey report pushed BTC/USD higher, helping it reclaim the $50,000 milestone.

Following the recent price drops, BTC plummeted below $50,000 as the leading cryptocurrency sank by $16,000 in a matter of hours to a 2-month low of $42,000. As the cryptocurrency regains $50,000, the crypto market cap recovers $200 billion in a single day. Meanwhile, Craig Wright, an Australian computer scientist who claims to be bitcoin’s inventor, has won a multibillion-dollar legal battle in the United States. He testified in a civil trial against the family of a deceased business partner, who claimed ownership of half of a cryptocurrency wealth worth tens of billions of dollars.

On the hourly timeframe of the BTC/USD pair, there was also a breach below a connecting bullish trend line with support near $50,800. The pair is currently trading over $50,000 and the 100 period SMA. 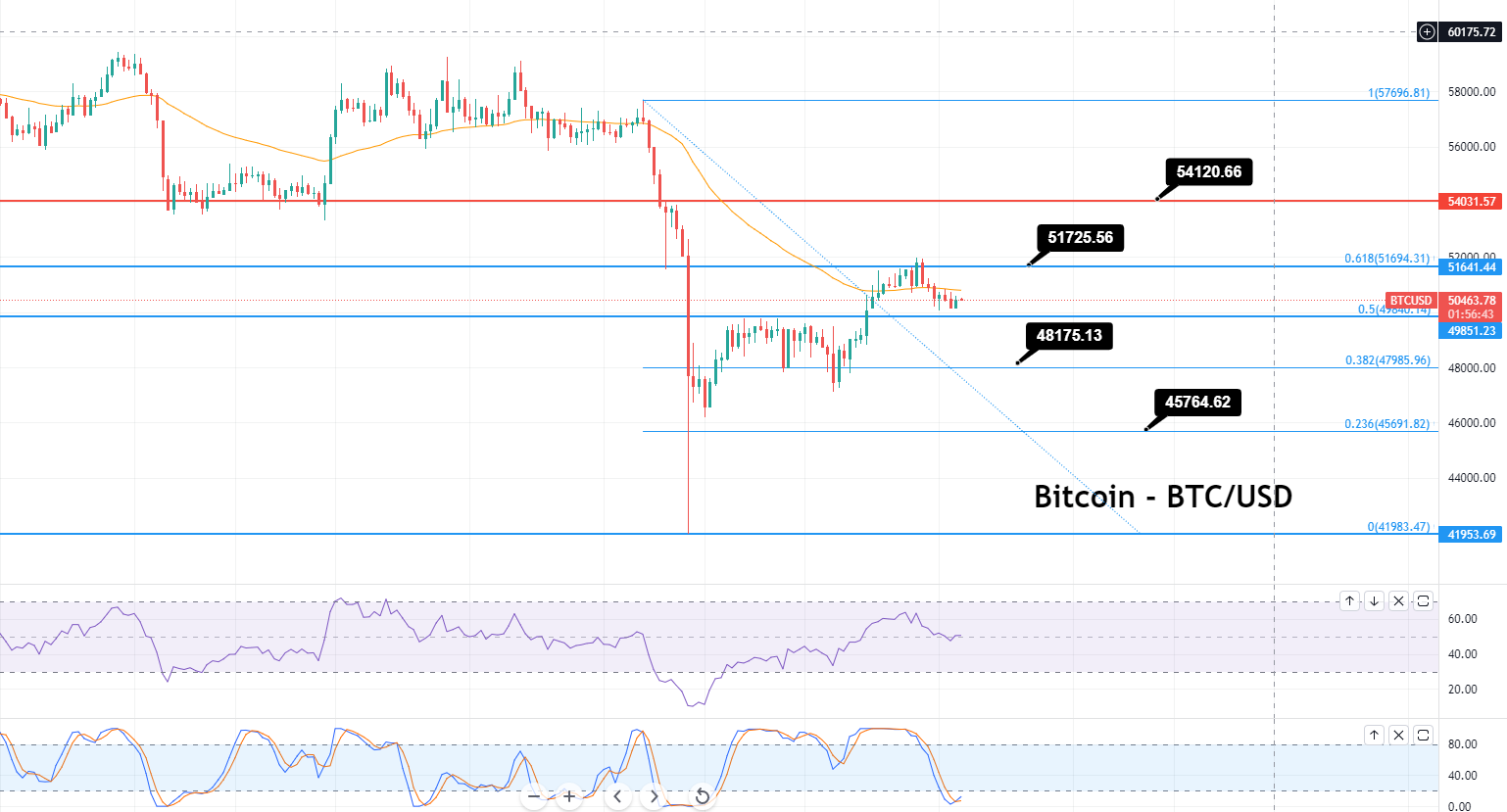 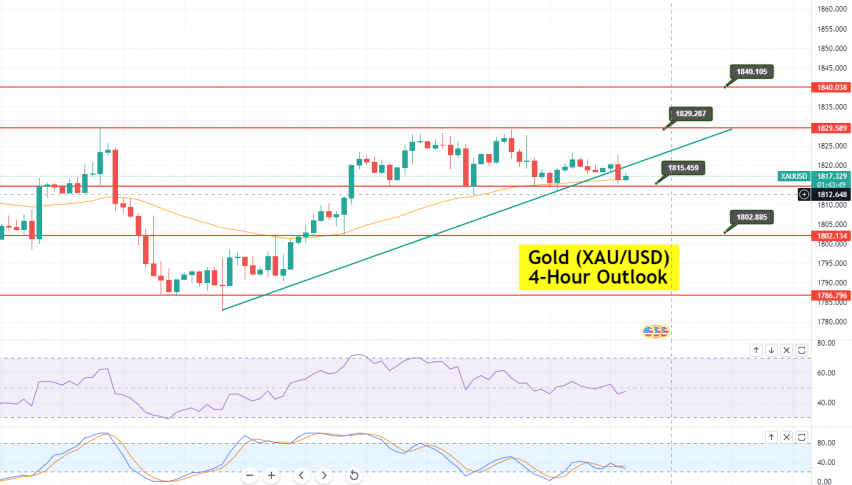