Cardano Slides Down By 1.52%, Choppy Range in Focus for ADA - Forex News by FX Leaders 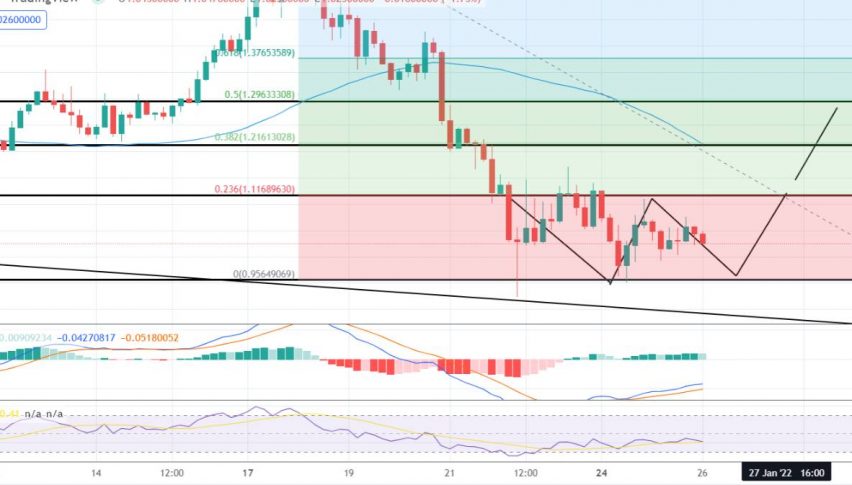 Cardano Slides Down By 1.52%, Choppy Range in Focus for ADA

Cardano (ADA/USD) is trading with a bearish bias at $1.027, and maintaining a narrow trading range of $1.1165 to $0.9565. Yesterday, the ADA/USD closed at $1.0659, after hitting a high of $1.1247, and a low of $0.9522. Cardano faced selling pressure on Tuesday, after the ongoing drama between two projects built on the Cardano blockchain escalated across multiple social media platforms.
ADA/USD
The dispute between SundaeSwap and CardStarter began in April, when CardStarter announced that it would launch its decentralized exchange. However, after two months, the platform developers reached a merger agreement with a third-party DEX called SundaeSwap. The agreement suggested that CardStarter would no longer develop its promised DEX, but ould rather provide liquidity to the existing SundaeSwap DEX.
CSWAP holders were later promised greater benefits in the SundaeSwap DEX. Last week, these so-called benefits were revealed – they amount to a conversion from CSWAP to CardStarter’s native CARDS tokens, at a rate of 400:1. Investors with about $15M worth of liquidity on the platform were very disappointed with this senseless reward for their efforts. This triggered a massive investor fallout. Both CardStarter and SundaeSwap took to social media to blame the investor fallout on each other.

In response to the dispute, Cardano founder Charles Hoskinson condemned the heated exchanges between the parties and said that it was unacceptable for both parties to use Twitter, Reddit, Telegram and other channels in social media to make their case. He suggested that both sides should come together, agree to arbitration, and talk to each other. He also said that if the parties could not survive the arbitration process, the courts were always available. He managed to set a hard tone, because the dispute on social media was only harming ADA/USD, the native token of Cardano.

Meanwhile, the prevailing negative market sentiment also dragged the ADA token further to the downside. The whole cryptocurrency market was experiencing a massive sell-off, as most coins reached their lowest levels in a year this week, and the bearish momentum was not coming to an end. As a result, analysts saw more price crashes, which has kept the ADA/USD further down recently.

Furthermore, the rising price of the US dollar, ahead of the release of the Fed policy decision this week, also added weight to ADA/USD as the two are negatively correlated. For example, the US Dollar Index (DEX), which measures the greenback against six major currencies, rose to 96.13 on Tuesday despite an unfavorable economic release on the day. The dollar was also getting safe-haven bets, as the geopolitical tensions in Eastern Europe are escalating between Russia and Ukraine.

On the 4-hour chart, the ADA/USD has already completed a 23.6% Fibonacci retracement at 1.1170. This level is now operating as resistance and keeping Cardano under pressure.

The double bottom pattern is underpinning ADA/USD above the 0.9565 level on the support side. A break below the 0.9565 level could drive further downtrends in Cardano. Today, the idea is to stay bearish below 1.1165 and bullish above 0.9565. Good luck! 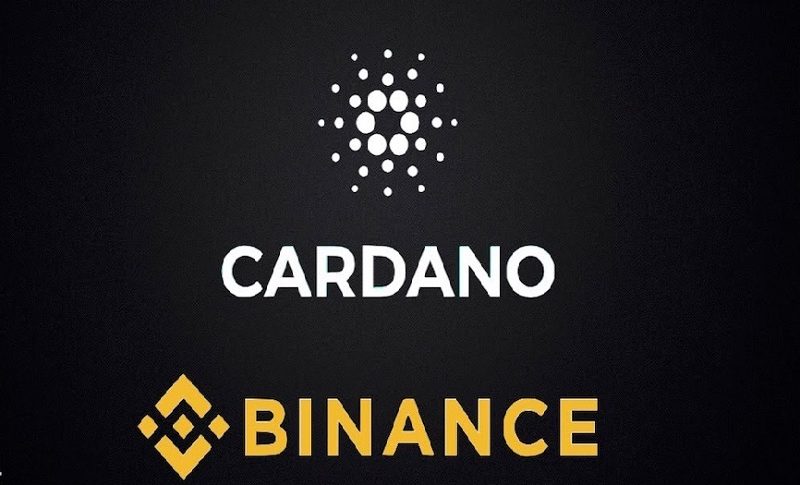 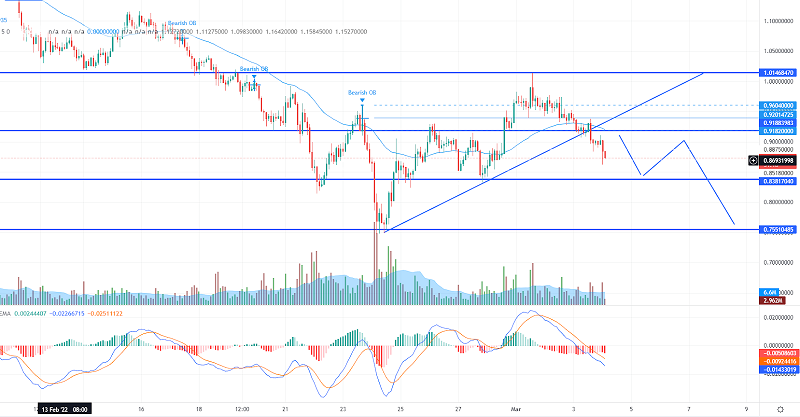