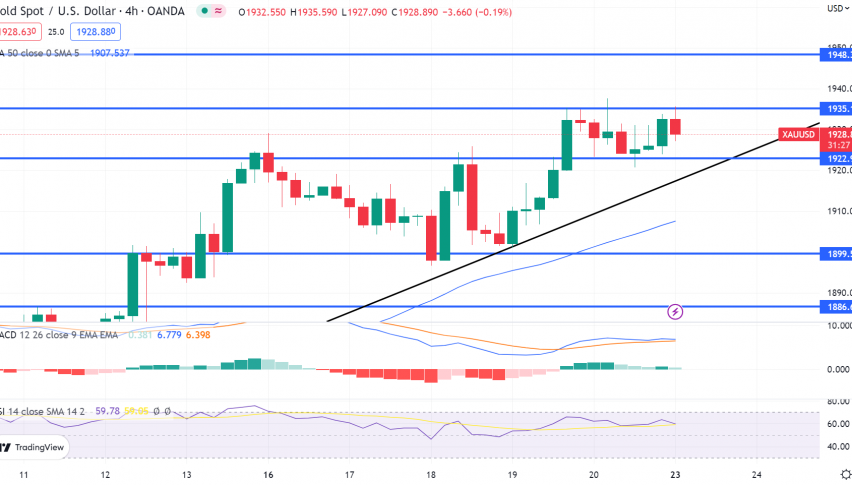 The US Dollar index DXY dipped in recent trade as the initial balance for the week eats into the greenback, sinking it towards a death line on the charts and taking on last week’s support area in the 101.70s. GOLD prices have risen at the start of this week, with speculators piling in on the prospect of a price increase. This is likely owing to the belief that investors witnessed a move into longs towards the end of last week’s trading.

GOLD fluctuated as President Trump’s statements regarding the economy offered mixed signals. After finishing the week in the $1,930s, XAU/USD stalled and began to consolidate until eventually rallying back to around $1,900. The DXY fell this week as the week’s starting balance ate into its value. The index is still hovering around the 106 level of support. GOLD is now increasing, which is an excellent moment for those seeking a long-term investment. As US Treasury yields fall, GOLD becomes a more tempting investment alternative than other currencies, such as the USD.

GOLD price benefits from US Dollar weakens federal Reserve Governor Christopher Waller was the final of the US central bank speakers to speak publicly before the February Federal Open Market Committee (FOMC) meeting. “He favors a 25 basis point rate hike at the upcoming meeting and further policy tightening after that,” the policymaker added.

In terms of data, US Retail Sales and regional activity indicators were weak enough to suggest a “soft landing” for the world’s largest economy, weighing on the US Dollar and supporting the GOLD price. 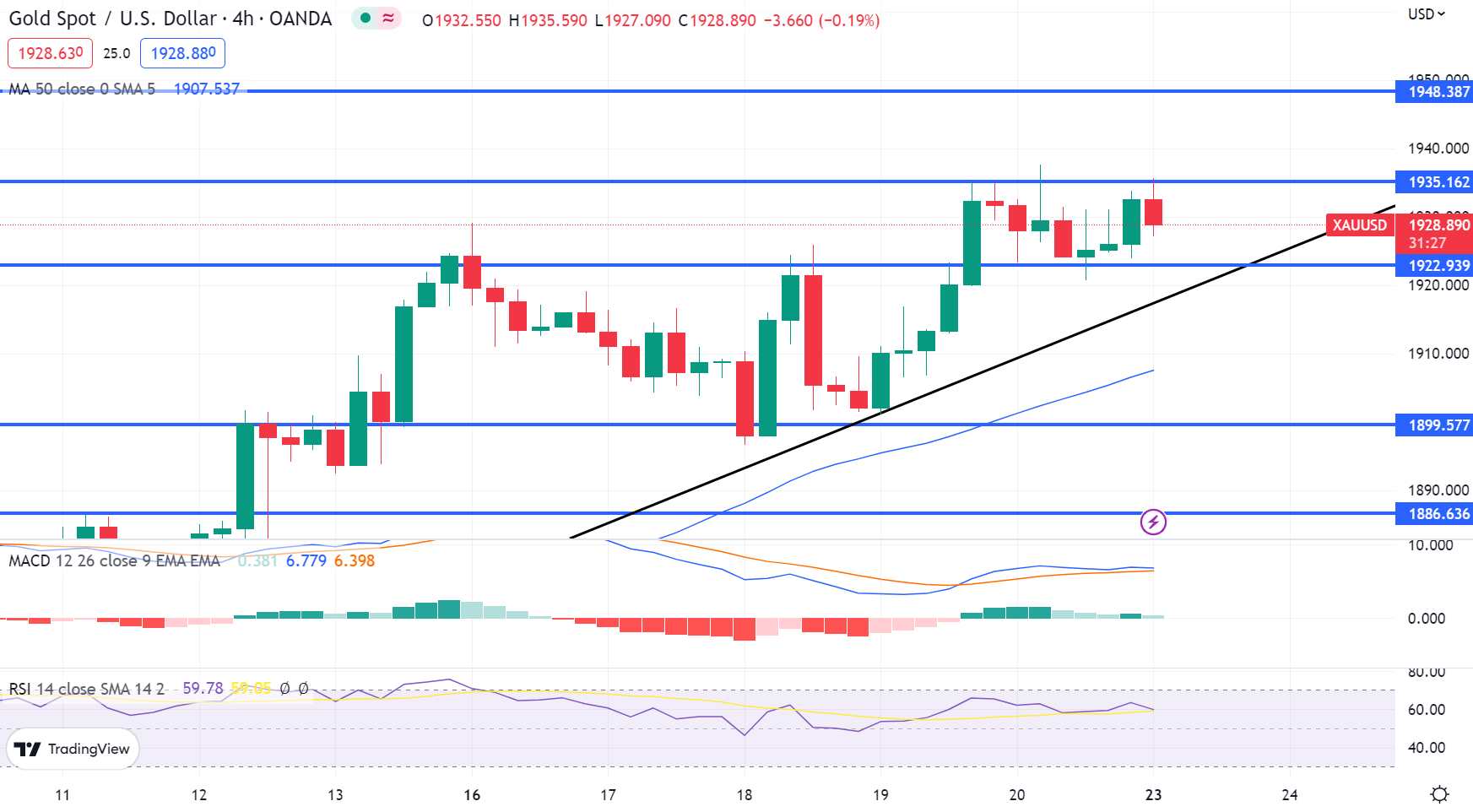 The GOLD price remains stable above $1,928.60, with stochastic overlapping positively presently, waiting to stimulate the price to resume the bullish wave, with the next objective of $1,950. As a result, our bullish outlook will stay valid for the foreseeable future, supported by the EMA50, which continues to carry the price from below, while failing to consolidate above $1,928.60 will push the price to test $1,900 and possibly extend to $1,885 regions before any new attempt to rise. Today’s trading range is likely between $1,915 support and $1,950 resistance.