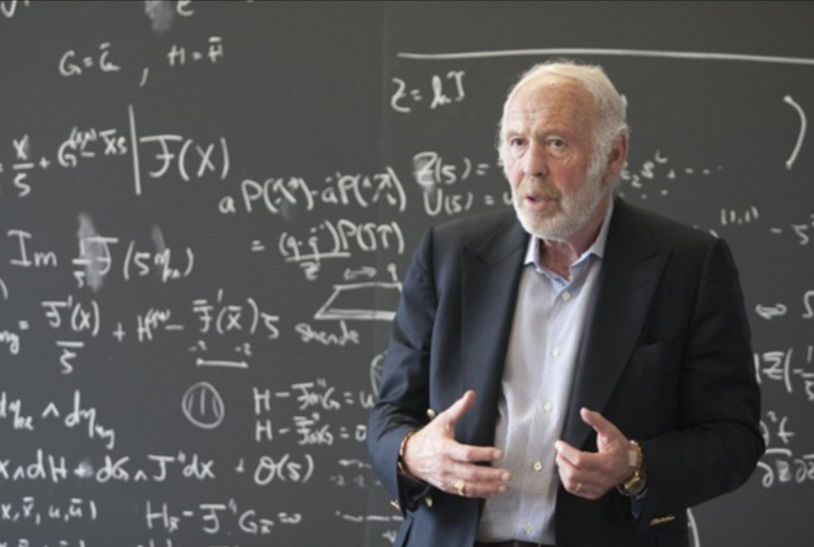 Last month, we published an article covering the basis for algorithmic (algo) trading and the trading signals that form algo programmes. We made a short description about how algo trading evolved with the introduction of computers and explained how to write a simple algo trading EA on the MetaTrader4 platform. We also presented some strategies which the computerized trading programs are based on. This article will lean more towards practicality, and we use Renaissance Technologies LLC (Rentec) as a case study since it is one of the most successful firms/funds that uses algo trading as their main trading method.

Rentec offers three products which are investment funds: Medallion Fund, Institutional Equities Fund and Institutional Diversified Alpha. We will only refer to the Medallion Fund in this article. Rentec has been in the market for over 30 years and was founded by James Simons in 1982. Simons is a prominent mathematician, notably for his work on the Chern-Simons theory. He used to be a code-breaker during the Cold War and he has won the Oswald Veblen Prize. Rentec only employs mathematicians, physicists, statisticians, computer programming scientists and astrophysicists – most of them with a Ph.D. degree in various scientific disciplines. They consider Rentec as a fund for scientists created by scientists. The Rentec employees despise the Wall Street economists and blame them for cyclical economic crises. They think that the poor returns of hedge funds that are run by economists are due to the herd-like mentality among the economists.

Rentec funds manage $27 billion, almost all of which are the funds from the internal employees. The Medallion Fund is worth $10 billion, with an average annual return of 35% before fees, beating most of the competitors in the industry. In 2008, when most of the investment and hedge funds lost billions, Rentec Medallion had a whopping 80% return… and they have never had a losing year, which has won them a reputation for constantly beating the market. Their headquarters at East Setauket in New York is considered by many renowned mathematicians as the best mathematics and physics laboratory in the world. 100 of their 275 employees, which are called “qualified purchasers”, have a minimum of $5 million available to invest at any time. For the rest of the employees this minimum is $1 million.

How do algo firms operate?

There are four types of algorithmic trading which the algo investment and hedge funds use, and they build the programs according to the type of algo trading they intend to use. These include scalping, behaviour exploitation, trade execution and predictive algorithms. Scalping algorithms are programs that take advantage of very small price gaps and perform arbitrage. If there´s one market participant selling EUR/USD at 1.10 and another bidding at 1.1002, these algo programs will buy the pair at 1.10 from the seller and sell it instantly at 1.1002 to the bidder, earning 2 pips for the funds. The most famous scalping funds are the High Frequency Trading (HFT) funds which place millions of orders a day for a fraction of pip profit. The behaviour exploitation algorithm firms usually participate in low liquidity markets or instruments where there is one big participant on one side of the trade and many small participants on the other side of that trade. These algo systems intelligently work out the big player´s behaviour and strategy, then they follow the big player. It is much easier than figuring out the behaviour of thousands of small participants. The trade execution programmes, with the simplest being time-weighted average pricing (TWAP) and volume-weighted average pricing (VWAP), remain to spread big orders over long spatio-temporal periods in less liquid forex pairs or stocks. If you want to invest $5 million in a financial instrument but the market for that instrument is only $1 million, then you would cause a big impact. These algo programs cut the trade in many smaller parts and execute them over a certain amount of time. The last type of algo trading is the traditional price predictive trading. Investment firms who are in this kind of business build programs that try to predict the future price action based on past price action. The strategies for these algos could be trend following, mean revision, fundamental analysis, chart pattern recognition etc. The predictive programmes use tons of historical data and places signals when the odds favour the trade, and these are referred to as quantitative trading strategies.

How does Rentec operate?

Rentec and its employees are very secretive about their trading strategies and the algorithmic programs they use to analyze and issue automatic trading signals. Although, over time secrets have leaked and most people in the industry know where they base their trading strategy. They are a quantitative trading hedge fund. The computer scientists continuously build and upgrade algo programmes in order to collect as much historical and current data for a financial instrument as possible. The mathematicians attach additional features to these programs, which analyze the data and predict possible price movements. The statisticians are in charge of the programs which evaluate the analysis and publish the odds of the price going in one direction or the other. In an interview a few years back, the founder Simons said that if the “apparent” odds for a bet (trade) are 70:30, he would trade that instrument long enough for the good events to occur. So, if the algo program gives around 70:30 odds of price heading up in the future the system will issue an automatic buy signal. Then the “qualified purchasers” will open a buy position worth $5 million and keep it open until the odds of the price continuing up decrease to about 60%. Some of Rentec´s technical strategies are trend following, support and resistance, and moving average crossover (see these on our forex strategies section). Rentec also uses manual strategies, but their trading is mainly based on automatic forex signals and automatic signals for other financial markets.