How to Trade Forex in a New Environment

One of the first rules you learn when you start trading forex is that you should minimize your losses as much as possible to protect your capital. According to many forex textbooks, in order to do this, you must set tighter stop losses so when a trade goes bad your loss is minimal. This is a good strategy for many occasions, but the forex market is so diverse that we cannot stick to one trading style for everything. Even on the same day, the price action is different from one hour to the next – so our trades and targets should be different as well. Sometimes the volatility is low and it´s fine to have tight stops during these periods. Yet, sometimes the volatility increases and we must increase our stops as well. In this article, we will explain why it is sometimes wise to have a wider stop.

For more advice on trading in a volatile market:

How to Trade Profitably in Volatile Markets – Forex Trading Strategies

How To Turn Volatility In Your Favor – Forex Trading Strategies 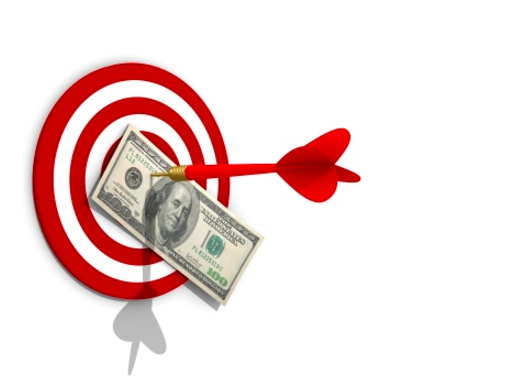 Are your targets wide enough to avoid whipsaws?

Give your trade some breathing room

Just like your average Joe, your trade needs some breathing room. There might be some clear visuals, and/or very strong resistance or support levels which define the risk for our trades. However, we know that the price never respects these levels to the pip, even though we are 99% sure that the level will hold and the price will eventually reverse. That´s why this business is tough.

1.1420-30 has been a very strong resistance for EUR/USD, and the ECB gets nervous when the price reaches this level. The ECB members pop up in a coordinated way everywhere in the media with bearish comments, trying to push the Euro down. So, you know that they will do whatever it takes to reverse the price down (and it inevitably will). But you cannot sell it at 1.1440 and place your stop at 1.1460 just to feel safe, particularly when you trade the daily or weekly charts.

As you can see in the chart below, the price has always reversed when it has reached this resistance area, but on three occasions the price has managed to pierce above, reaching 1.1530, 1.1714, during the Chinese stock market crash in August 2015 and 1.1495. So if you had placed a stop at 60-70 pips, you´d have had three losing trades worth around 200 pips – but that´s not the worst part! The biggest loss would have been the many other hundred pips you would have won if you widened your stop loss.

Forex is not an exact science, there are a number of factors to consider when you place your stop loss, such as market psychology or stop hunting. How many times have we seen the big names in the industry often pop the price above or below a resistance/support level just to shake up the weak stops? 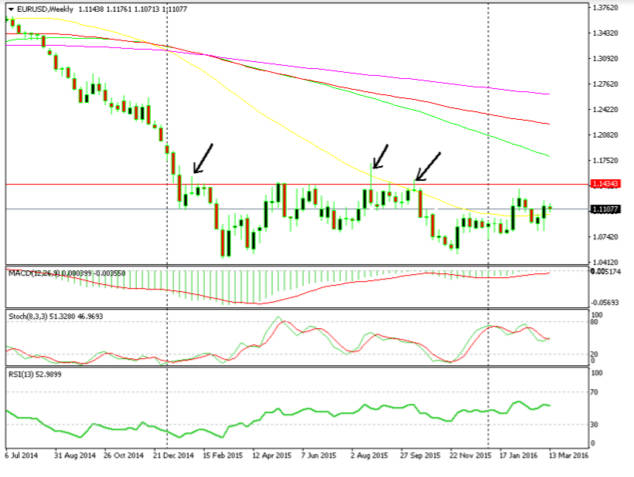 Sometimes the market gets extremely volatile. We´ve witnessed a handful of such occasions over the last few months. In December 2015, the ECB took more measures regarding the monetary easing program, but it was less than what the market expected, so the Euro rallied for 500 pips.

In March of this year, the ECB extended the monetary easing program again. However, this time, the measures were extreme and they exceeded the market expectations, yet the Euro surged by 400 pips! In February, the Yen gained more than 10 cents in just a few trading days. But one of the most volatile days we have seen over the last several years was August 24th, 2015 when the Chinese stock market crashed, sending a shock wave to the forex market. NZD/JPY lost nearly 11 cents in just one day.

These are just a few examples of the many volatile times that we have witnessed in only a period of a year. If you had placed a 100 pip stop loss, many of these moves would have whipsawed your trades quite easily. When you trade long-term and target 400-500 pips, your stop losses must be a few hundred pips as well, because you never know when or where the volatility might arise.

We all know how volatile the forex market can get and when we enter this business we are aware of the danger of the game. Therefore, we must adapt our trading style and targets when the market gets volatile. I´m not saying to go crazy and place 1,000 pip stops because even that might not be enough sometimes.

Over the last seven months, USD/CAD has been a great example of how volatile the market can be in both directions. But times have changed, so we must adapt. About three years ago, the daily range in most pairs was only 30-40 pips, while now the average daily range is more than 100 pips. So we must widen our targets, which inevitably means that we must cut the trade size. If we traded three lots with a 40 pips stop, now we must trade one lot with a 120 pip stop.

The volatility has been low and the daily range was narrow for most forex pairs over the last several years (from 2010 to 2014) and many new traders gained a false sense of security. But, the volatility has picked up over the last two years so we must adapt to this and change the forex strategy. The elevated volatility is not a new thing to us. From 2008 to 2010 the volatility was pretty high as well, so we know that the forex market is continuously changing and we must change with it, placing wider stop loss and take profit targets. On our forex signals page, we have widened the targets for the short and long-term signals since the beginning of last year and so far it has proved to be successful. You must widen your targets also in order to be successful.