A good way to understand support and resistance trading is to picture a man trying to get past a solid fence that is blocking his way. Although he will keep searching for a  passage along the outside of the fence, there is not one readily available. In the world of active trading, the fence is akin to a technical indicator known as support and resistance.

What Is Support And Resistance Trading?

Support and resistance trading is an approach to the market where designated technical areas are viewed as points of contention. Price is unlikely to move through these areas unfettered — its path will be challenged.

Resistance is an upper blockage appearing at the end of a bullish trend. It represents the point at which sellers outnumber buyers and the price begins to retrace to the downside. Conversely, a lower blockage appearing at the end of a bearish trend is known as support. Upon price reaching this point, the market has reached a temporary low and will begin heading going up — at least for the time being.

As can be seen in the chart above, the big advantage of support and resistance levels is that they are easily distinguished. They do not require a high degree of analytical skills and are suitable for both skilled and novice traders. Keep in mind that the levels used in support and resistance trading are not precise, but generalities. It is not possible to determine the exact point at which they occur.

Also, the barriers created by support and resistance levels do not last forever. Our job as active traders is to decide which levels we can trust and which have a high probability of being invalid. A good rule of thumb used in many forex support and resistance strategies is that levels proving effective three times in a row are more trustworthy than fresh levels.

Going back to our man attempting to circumvent a fence. If at some point he manages to cross over, he might find himself stuck on the other side. Correspondingly, a resistance level, once cracked, can turn into a support level. This relationship also holds true for an area of support, as sellers have taken control of the market.

It is important to remember that this is not an exact science. Nonetheless, with a basic understanding of market dynamics and technical analysis, this method has a very high probability of success. An example of forex support and resistance can be seen in the chart below:

Among all systems applied to the forex, the support and resistance trading strategy ranks in the top five. Other common technical approaches include the trend line, moving averages, candlesticks and price action. Forex traders tend to use indicators that are highly visual and not overly complex which are difficult to follow.

Forex support and resistance indicators are very easy to follow. You simply draw a line where you see two or more tops and bottoms which have previously rejected price. In the chart breakdown above, price has pierced the resistance level twice but never closed above it.

As stated earlier, forex support and resistance is not an exact strategy and no indicator is precise right down to a single pip. Remember, that when you use a support and resistance approach to analyzing price action, it is better to place a stop or profit target a reasonable amount of pips above/below the specific price level.

Once again, it is time to return to our man and his fence. In the event that he runs faster in order to break the barrier and is successful, it is probable that he will get stuck on the other side —  possibly with broken legs!

However, the situation will continue to evolve. If the man is able, he will keep moving to resist the influence of the fence and any other factors hindering his progress. The same situation may be applied to forex. When an important support/resistance level is broken, price continues to move on the other side. If the sellers break a support level, buyers become discouraged and stop buying. During the action, more sellers pile on, attracted to the bearish momentum. If buyers decide to begin selling too, the decline accelerates exponentially. 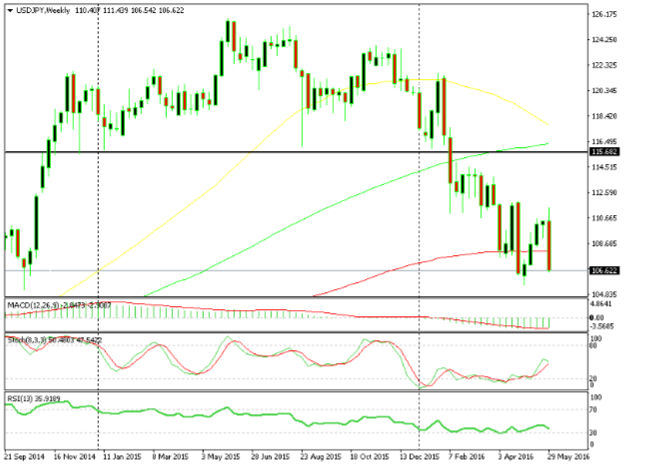 When a support level breaks, the decline accelerates

The support and resistance trading strategy is a very important methodology, found throughout the forex. It works well and is very simple. Both of these attributes provide traders with regular opportunities to make nice profits while keeping risk in check.