What a week this has been. The market has been getting jittery lately but just lost the plot. A few misses here and there in the US economic data and a dovish comment from FED member Dudley, who has always been a dove, sparked a short-covering of the EUR/USD positions which turned into a broad US Dollar selling. The US shot down about 400 pips against most pairs from Wednesday afternoon to Friday morning. Then, the US employment data published at a high standard and the dollar made a comeback, but only recovered by a ¼. 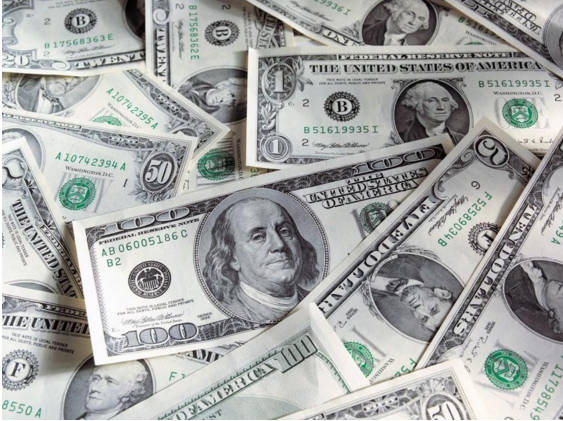 The USD has been dumped on hard this week

This has been a tough week for many traders. The US Dollar was sold relentlessly until Friday and a lot of traders who had opened USD buy positions ran for cover. Many important levels were broken without any little resistance. This makes it hard to trade because it´s these levels which define risk and where we hope to find support after opening a trade.  But since they counted for nothing this week, we had a tough time – losing 349 pips. At least it came after closing the previous month with more than 800 pips in profit. It´s still the first week of the month though so we´re confident we´ll make up for this week and end up in green for February. Several times it´s been pure bad luck this week because even though we opened forex signals in the right direction with the trend the price went to hit our stop only to reverse and exceed move past our take profit target such as the EUR/USD sell forex signal on Friday when the 1 minute candle opened 30 pips higher than the previous one right before the us employment data release. The US unemployment fell by 0.1% and this pair lost 100 pips over the next few minutes which would have hit our take profit. But, at least we had a long-term forex signal here and took 65 pips from it on Friday. 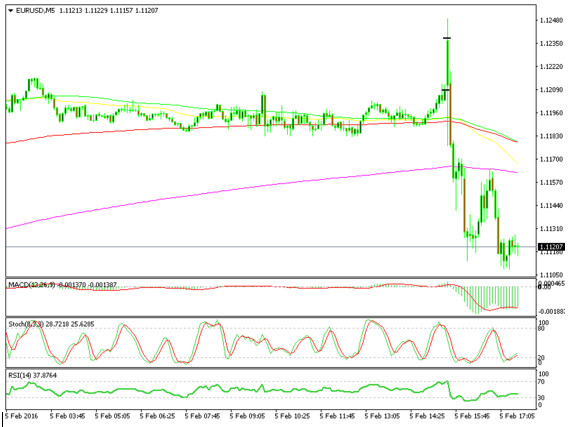 Personally, I am happy this week is finally over. It was one of those weeks that you just cannot predict what´s coming. In the last 2-3 months, we have seen panic moves and volatility driven by fear but this week the volatility increase even more. The US Dollar took a beating this week even though it recovered some losses on Friday. It declined about 300-400 pips against most majors in two days, but the main move took place on Wednesday when the decline was relentless – taking out level after level without any small retrace or pause. There wasn´t anything in particular to cause such a decline… or maybe it´s better to say that there wasn´t a main event to scare the market away from the USD, because there were some misses in the US economic data on Monday and Wednesday. That shows how overcrowded the USD long trade has become. The US manufacturing data missed out on Monday and the non-manufacturing numbers came out slightly weaker than expected (but nothing shocking to worry about). On the other hand, the US total vehicle sales beat expectations. On Wednesday, the FED member Dudley delivered some dovish comments but everyone was expecting this, so no big surprise there. So we can say that the fear pushed some traders to close the USD buy positions which pushed the USD down initially and then other traders got scared and closed more USD buy positions and it snowballed from there. The fall in the unemployment rate and the higher wages for January brought some positive sentiment back in the market on Friday but that wasn´t enough to turn things around. We´ll just have to see what next week brings.

As the week often starts with the Chinese manufacturing, the numbers for both the Caixin and the PMI came out, but still in contraction. The US ISM manufacturing PMI was below the 50 level, which is breakeven while the UK manufacturing beat expectations at 52.9. On Tuesday morning, the RBA kept the interest rates unchanged at 2%. Later that day, UK construction missed the boat, but at 55.0 it´s still in a pretty good shape. In the evening, the unemployment rate fell from 6.1% to 5.3% (a massive move) but it remains to be seen how accurate that is. The British services PMI and the US ADP non-farm employment change numbers came out slightly better than expected on Wednesday, but the ISM non-manufacturing PMI did not. On Thursday, the US unemployment claims were a bit higher than the consensus while the quarterly prelim unit labour costs jumped to 4.5 from 1.8%, which hinted at the positive employment data on Friday. The monthly average hourly earnings went up by 0.5% and the unemployment fell from 5% to 4.9%.

EUR/USD made a 400 pip upward move about two months ago, when the ECB didn´t meet the market expectations regarding the additional measures for the QE program. This week was a repeat of that behavior, although the dollar weakness was responsible for that. The price closed above 50 MA in the weekly chart which is the first time in about 20 months. There is still plenty of resistance on the top side which comes at 1.1450, 1.15 and 1.17… so we cannot say that this is a trend reversal, at least not yet.  On the daily chart, we see that the price has broken out of the 1.08-1.10 range that it has been trading in for the last two months. It has moved above the 100 smooth MA, which has now turned into support as it pushed back the price on Friday. These are the technical levels for now but it seems that the fundamentals will have the final say. 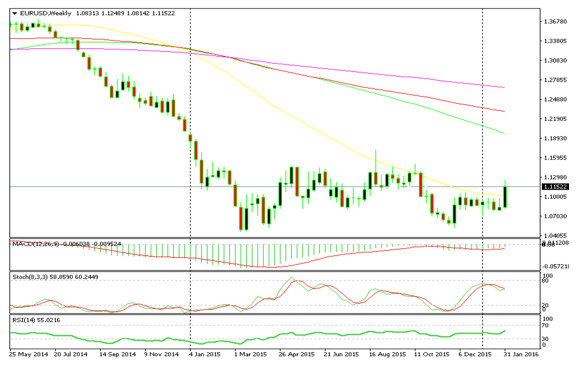 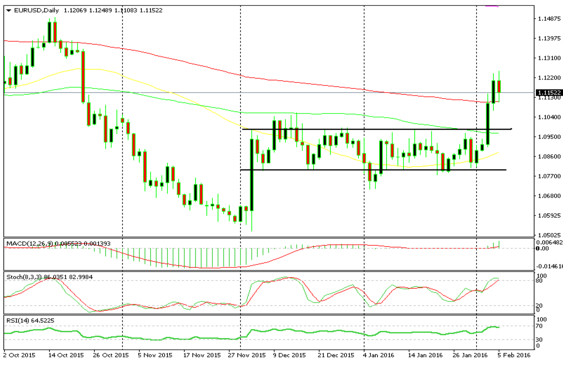 The petrol price has been declining for over a year and so has the Canadian Dollar, meaning that USD/CAD has been moving up in a strong uptrend, reaching 1.47. But since the petrol bottomed out on February 20th at 28$/barrel, at least for the short-term, USD/CAD has made a ferocious retrace of more than 1,000 pips in 12 trading days. As we can see on the weekly chart, the price got close to the 20 MA as the price backed off from it and closed the week nearly 300 pips higher. The price made a hammer on Thursday, as we can see from the daily chart, which is a reversal signal and moved 150 pips higher on Friday. It is now right at the 50 MA in yellow which is the first resistance; next comes the 20 MA about 300 pips higher. But, the petrol price is going to be the driver for this pair. 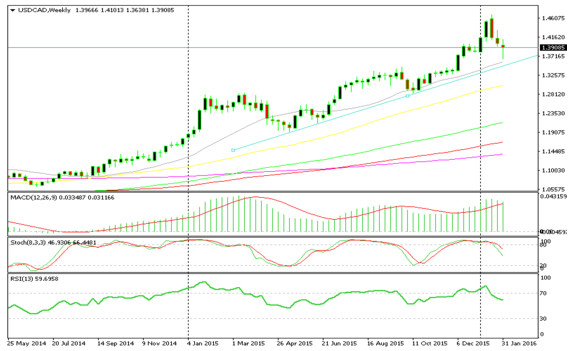 The 20 MA has provided support once again 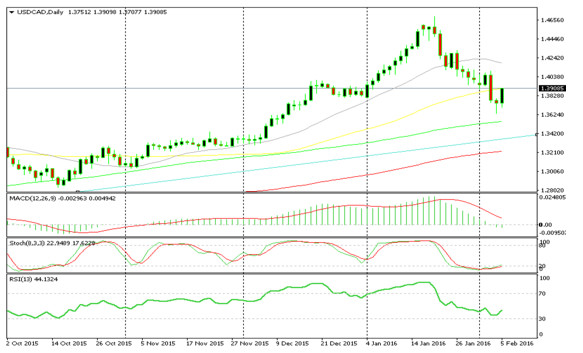 After a very successful first month of this year, we took a beating this week. The market was hectic and the moves have been huge with the US Dollar being the sufferer. The price action was very irrational, at least until Friday, with fear prevailing most of the time. The US Dollar lost about 400 pips against all the major currencies. The positive US employment numbers on Friday calmed the nerves and brought back some common sense to the market. We hope that next week the price action continues the same way as Friday so we can get back the pips we lost this week. The good thing is that this was the first week of the month and we are confident until the end of the month we will make up for this week.