Candlestick charts are the most common chart types used by retail traders and investors. There are other types of charts such as line charts, bar charts etc., but they don't tell the story of past price action like candlestick pattern indicators do. When trading is based on technical analysis, the decisions for future price action are made based on how the price has reacted in the past. Candlestick analysis is very useful and they are a favorite indicator for many traders. They work almost perfectly in volatile times, but even in less volatile times, they work pretty well if used in combination with one or two other indicators.

Candlesticks are the price movement/action for a certain period of time, from as little as 1 minute to a week or even a month. The body of the candlestick is the price difference between the opening and the closing time. The two lines on each side, which are called shadows or wicks, display the highest and the lowest point of the price for that period of time. 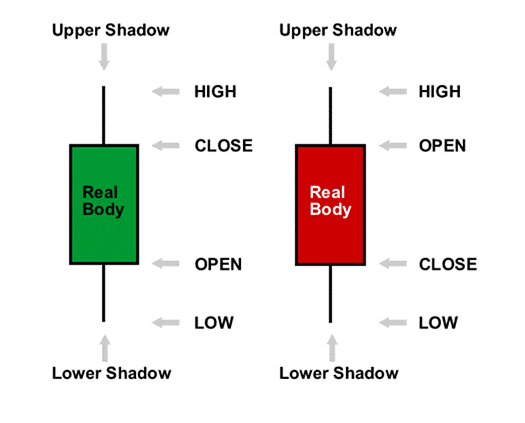 Traders carry out technical analysis to build ideas and strategies for possible future trades. Candlestick formations are a very useful tool for indicating possibilities for entries and exits. Their shapes show you very clearly what's going on with the price. Let's see some of the most popular and easy to trade candlesticks and how they can be interpreted.

Dojis – In a doji, price opens and closes almost at the same level after having been traded on both sides. Buyers and sellers both have a go at pushing the price higher and lower, but finally, the price ends up at the starting point. This means that forces are the same from both directions. After an uptrend where buyers had the upper hand, a doji indicates that the sellers are back in business. This means a reversal, or at least a pullback, is about to take place. The opposite applies to a downtrend. 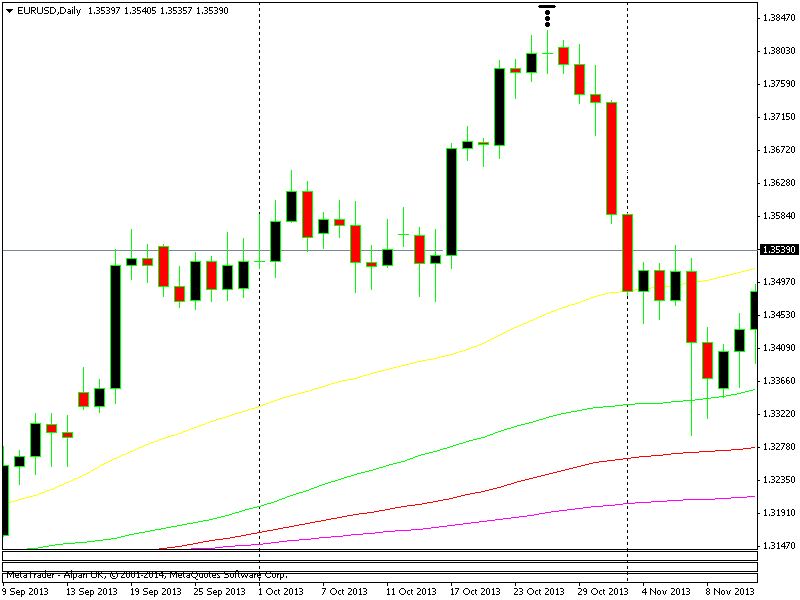 Pins/Reverse Pins – In a pin candlestick the price trades below the opening level and ends up at the same level by the time of the period close. This means that the buyers are matching the sellers. In a downtrend it means that the bears are losing steam, therefore a reversal might take place. In an uptrend, a pin means that the sellers had a go at pushing the price down but were outnumbered by the buyers. This is a confirmation of the trend continuation and longs have much better odds then shorts. 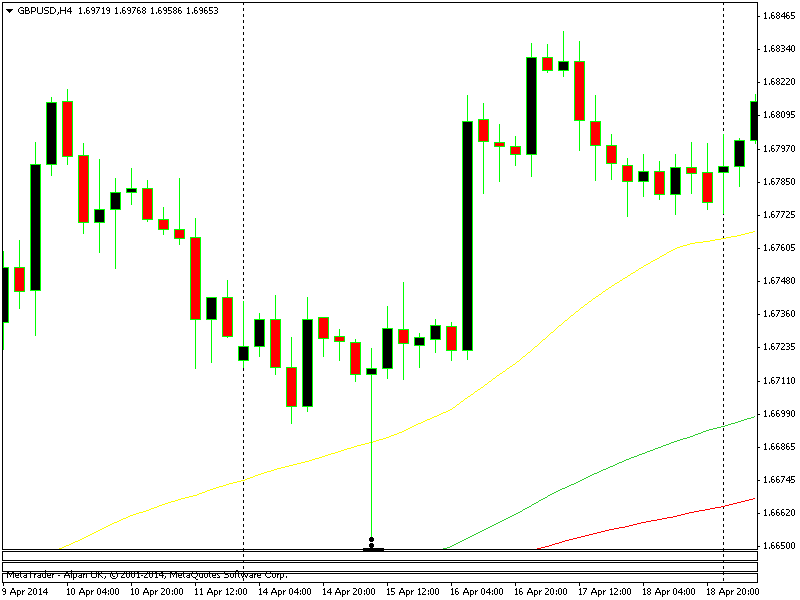 In a downtrend, a pin candlestick usually indicates a reversal. 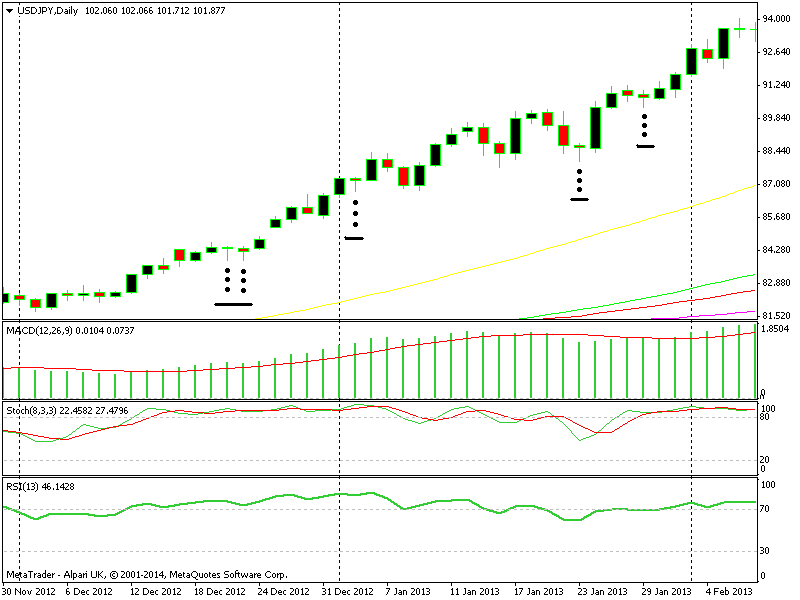 In an uptrend, pin candlesticks usually indicate the continuation of the trend.

Reverse pins are the same as pins but act on the opposite direction: the candle opens, bulls have a go, bears charge in to take the price to the opening level. In an uptrend this means that a downtrend is about to begin; in a downtrend, a reversal pin indicates a trend continuation. 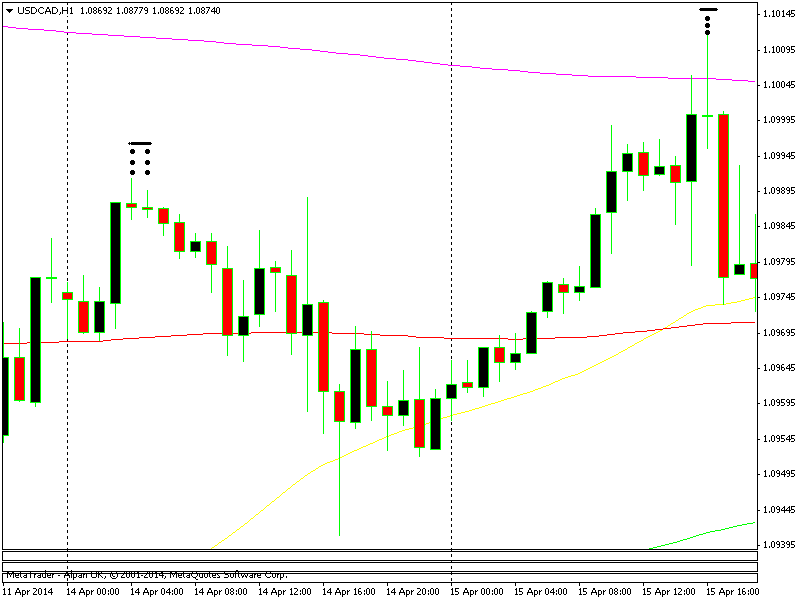 In an uptrend, reverse pin candlesticks usually indicate the beginning of a bearish trend.

Hammers/Reverse Hammers – Hammers are basically the same as pins and reverse pins, but with stronger momentum. In a downtrend hammer, the price opens, trades below and closes above the opening level, which means that the buyers more than matched the sellers.

The size of the shadow might vary, some argue it should be at least twice the size of the body, but one thing is for sure; the bigger the shadow/wick, the bigger and stronger the reversal. This is true for pins as well. In an uptrend, a hammer is a sign of a trend continuation. Reverse hammers are the opposite, same as reverse pins. They indicate trend change in an uptrend and trend continuation in a downtrend. 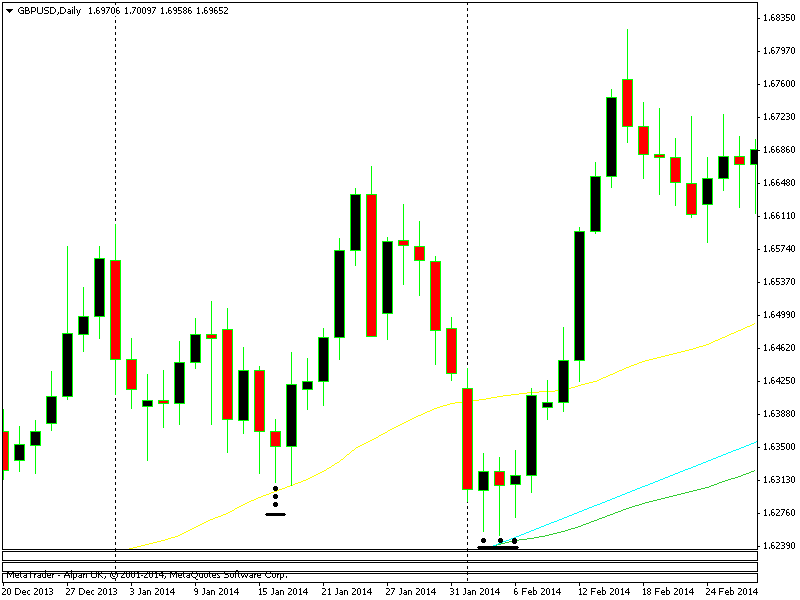 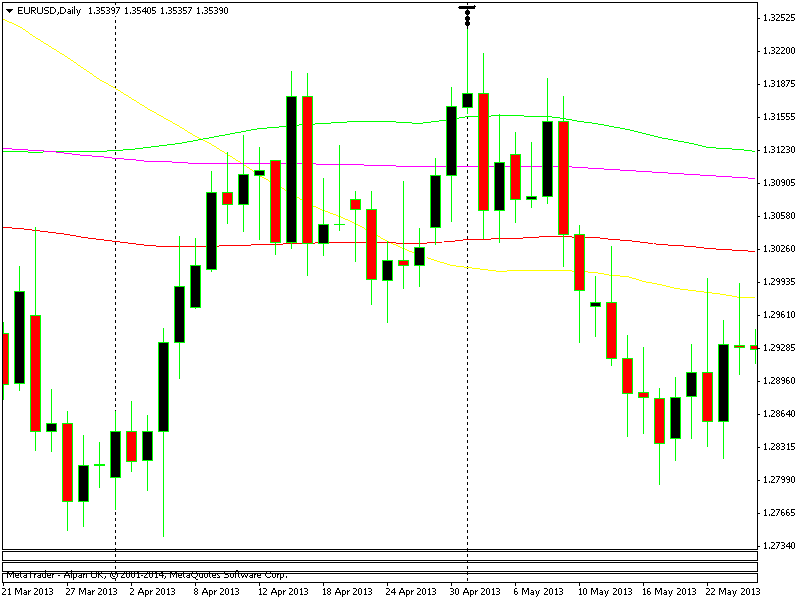 Inverted hammer in an uptrend indicates a reversal of the trend. 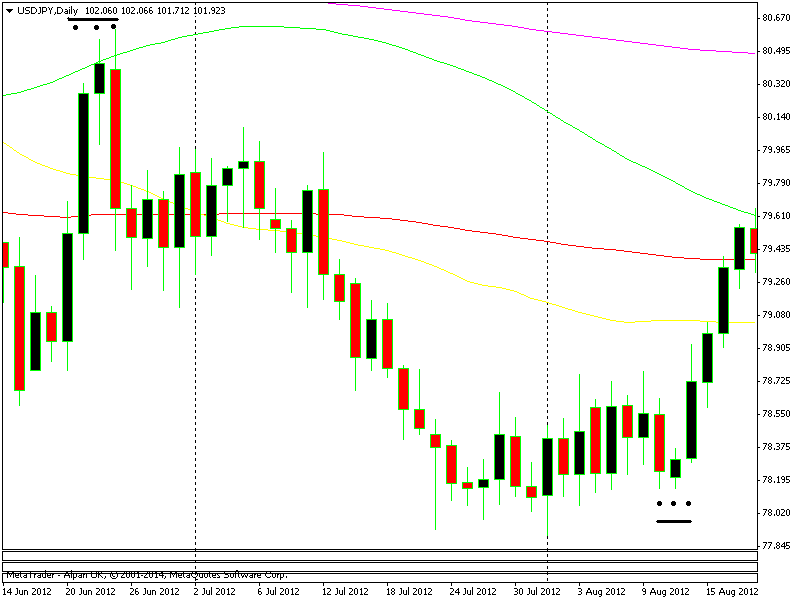 Bearish/Bullish Engulfing – A bearish engulfing is a much bigger bear candle than the previous bull candle, hence the name ‘engulfing' – the new candle engulfs the previous candle. Only the body is taken into account. In this formation the trend doesn’t matter, it indicates a fall regardless of the trend. Vice versa for the bullish engulfing candle. 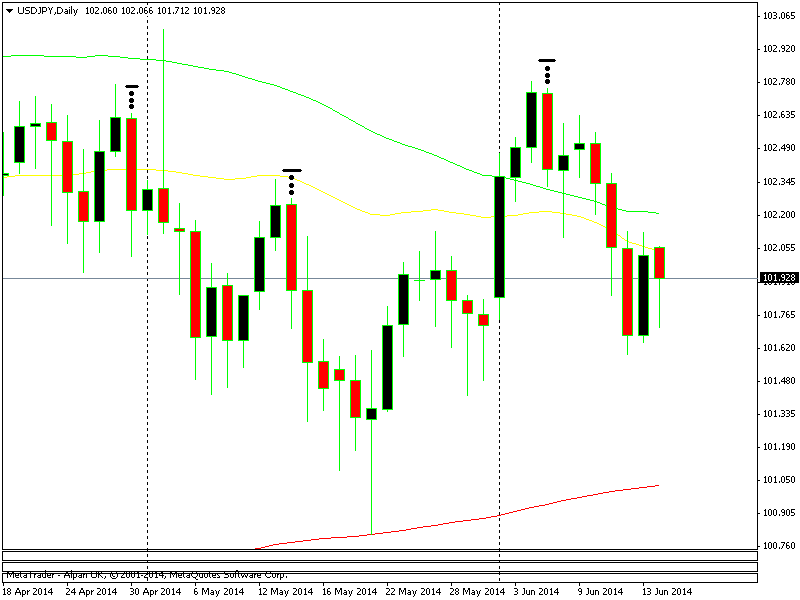 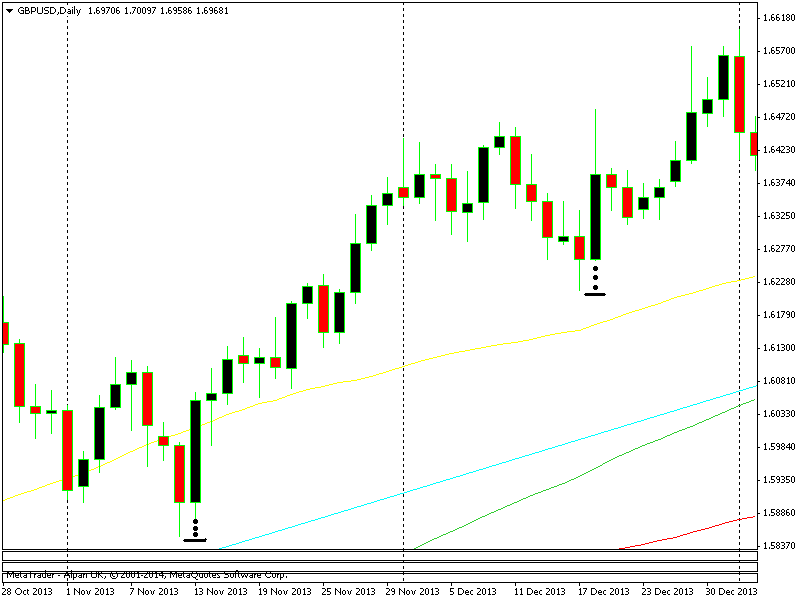