At the beginning of 2016, the FED had just begun a tightening cycle after increasing the interest rates in 2015. The FOMC statement and Yellen's speech implied several rate hikes for 2016, although the global economic conditions were not ideal, while the US economy was going through a harsh winter period.

In Europe on the other hand, the ECB had promised more monetary easing measures since the current ones weren't having enough impact on the Eurozone's economy. The Brexit referendum was also scheduled for 2016, so that was another risk factor for the Euro and especially for the pound, although no one believed the UK would vote to leave the EU.

In Japan, the BOJ was fighting the market at that time because the risk elements in the global economy were increasing rapidly. So, the slowdown of the US and Chinese economies were the biggest worries for Yen buyers.

With the global economic slowdown during late 2015 and early 2016, commodity prices were tumbling and commodity currencies were also suffering. The Canadian Dollar was the weakest of them all, but the world was expecting an OPEC deal which would save the Loonie.

We are more than one month into the new year, so we thought to take a look at the bigger picture in order to form a rough idea of what´s coming and plan our long-term forex trading strategies for the different currencies. The world economy and financial markets are constantly changing but we should have a general plan for the year ahead for trading forex, based on what we already know now and on the events that are already on the schedule. Then, when the changes come, we will adapt accordingly in order to fit our long-term forex trading plan to the new developments. Let´s take a look at the large economies, the central banks, and at the events that are scheduled for this year. 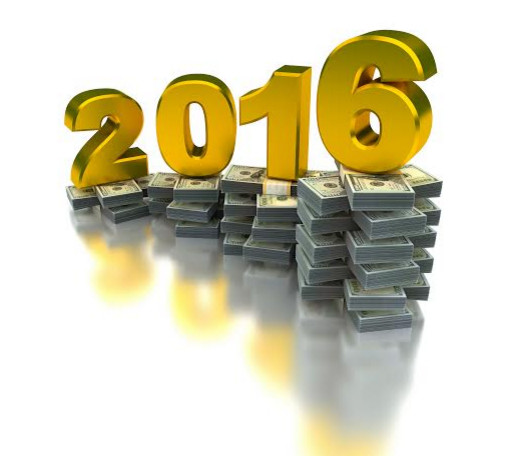 How will the currencies perform in 2016?

After postponing several times, the FED finally increased the interest rates from 0-0.25% to 0.25-0.50% in December, marking the first rate hike in more than eight years and officially entering a monetary policy tightening cycle. While the other large central banks are easing, (except the Bank of England (BOE)), the FED is tightening which means that the US Dollar should be in an uptrend. But is it? Well, not exactly.

As we have explained in other forex trading strategies, which you can find in the strategy section here, the market moves more based on expectations than on reality – and most of the tightening cycle expectations have already been priced in so we will not see the dollar follow a consistent uptrend. The FED has planned 3-4 rate hikes this year, one every 3-4 months. The market already knows this so the risks remain small. If the FED doesn´t deliver on one of them then the market is going to go guns blazing’ against the US Dollar. We had a taste of this last week when some soft US economic data was published.

The US Dollar lost about four cents, and even a great employment report on Friday couldn´t make up for it. On top of that, the US economy is showing signs of weakness; the manufacturing sector has been in contraction over the last two months and the non-manufacturing sector is starting to lose steam. Therefore, a March rate hike looks virtually impossible right now unless things improve.

So, it won´t be a smooth road for the US Dollar. If the US economy improves, the dollar will definitely be in an uptrend, taking into account that the other big central banks are planning to ease further. But we have to see it pick up the pace soon because the market is losing patience.

The ECB started the Quantitative Easing (QE) program last year. The Euro had declined for about eight months since the announcement of the QE program in May 2014. When the program started, the post-QE decline was only about one-third of the pre-QE. But the European economy still hasn´t shown much life. So, the ECB announced that it would continue for another six months.

There were further interest rate cuts in December. The market was expecting more so the Euro rallied instead of declining. We´ll need to keep in mind this year that if the ECB is not as dovish as the market expects, the Euro is going to go up, even though they are in an accommodative monetary policy. In January this year, they also promised more action in March but didn´t specify what actions exactly.

We´ll see if they meet market expectations; if they do, then there might be a period of weakness for the Euro, though I don´t expect it to last more than a couple of months. Another thing to watch this year is the risk sentiment. The Euro has turned slightly into a safe haven, so if there is trouble in China, or anywhere else in the world, the Euro will be well bid. 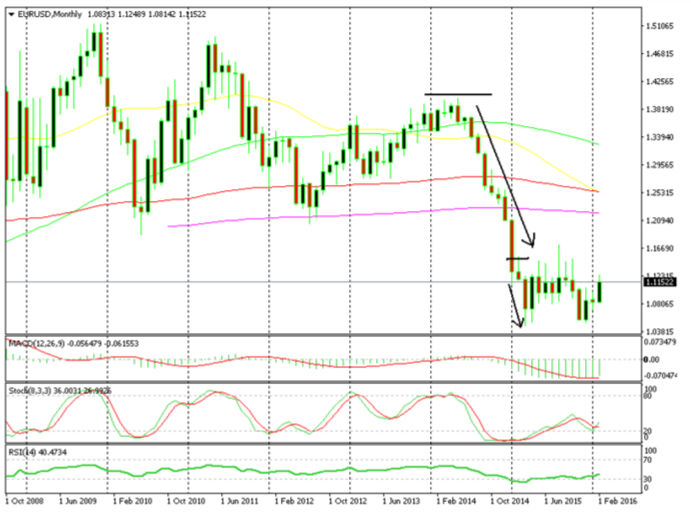 The Bank of Japan has been sending the Yen 50 cents downward over the last four years, either with their rhetoric or with their actions. In only two weeks they cut the interest rates further, and even made them negative, for deposits above a certain amount. They also increased the number of Yen they are injecting into their markets by a few trillion.

The Yen declined about 200 pips. However, last week, when the market was dominated by fear, the Yen gained more than 300 pips. So, we´ll have to watch the risk sentiment regarding the Yen, since it is the primarily safe haven currency. The risk aversion sentiment has dominated the first 5-6 weeks of this year so the Yen has benefited. If this sentiment continues the Yen will be the primary beneficiary. It seems that by spring, the US economy will start to pick up the pace, and the risk sentiment will wear off, but we will still have to watch China.

Will BOE start hiking the rates?

For years there have been rumors in the market that the Bank of England would start raising the interest rates. At the beginning of last year, many thought that they would start somewhere in the Q3 of 2015. Then, expectations were pushed back to Q4 and further to Q2 of 2016. Now, even that looks to be off the table. The only member of the BOE who was in favor of rate hikes bailed out just last week.

The UK economy is probably the best performing of the developed economies, but the global worries exposure to the economy of the EU has forced the BOE to be cautious. No wonder the GBP has been declining relentlessly over the last two months, up until a couple of weeks ago. In the last two weeks, it made a 600 pip retrace against the USD but on Friday it gave back 150 pips. Against the other currencies, it still remains very weak.

This is no surprise with the Brexit referendum coming up later this year. There´s no light at the end of the tunnel for the GBP, at least until mid-year. Only when the referendum is over and we think that there won´t be a Brexit, we might see some strength in the GBP. The rumors are that it will be held sometime in summer. Perhaps the global economy will be in a better shape by that time and the BOE will likely be more in favor of rate hikes.

The global slowdown has put pressure on the commodity and raw materials prices, so the commodity dollars of Australia, New Zealand, and Canada have been suffering. The Canadian Dollar, in particular, has been hit hard because of the decline in petrol prices. Right now, the global economy doesn´t show signs of picking up so the pressure still remains on the commodity block of currencies.

Even the petrol prices are nearing lows and the OPEC and non-OPEC do not seem to agree on anything, seeing as they all are fighting for their market share. So until the global economy starts to improve, which in my opinion can´t happen before mid-year, the commodity currencies will be under pressure. Only after the global economy picks up, will the commodity dollars begin to improve to feel some love.

As we said in the opening paragraph, this is our forex analysis for the major economies and their forex currencies. This is an opinion based on the current global economic outlook and on the evidence we have at this moment to go over the main technical and fundamental forex strategies and create a work plan for 2016.

The outlook might change over time and we will adapt our forex strategy for 2016 accordingly. In general, the global economy and the recovery has softened and even the US and the UK economies, which have been pretty robust in recent years, are showing signs of weakness.

If things get worse, it´s likely that the safe haven currencies will gain against the others, especially against the commodity currencies. But we think that the increasing QE programs by the ECB and the BOJ will start to have a positive effect on their respective economies and the global economy by mid-year. So, if the global economy improves, then the commodity currencies, together with the US Dollar and GBP, will benefit.

At the end of 2016, the biggest forex events turned out to be not financial or economic events at all. Brexit happened as we now know, and Article 50 has already been triggered by the UK government. The Pound lost about a quarter because of that.

Another important event was the election of Donald Trump as President of the US. We didn't analyze this or Brexit either, because well, no one knew they were going to happen. At the beginning of 2016, the odds of these two landscape shifting events were inconsiderable. But now, this is what´s moving the financial markets.