Here comes the 3rd part of the FED soap opera

Oh, it´s time for fun guys. I love to see the FED chaps on the screen pretending to be all the wiser while contradicting each other and sometimes themselves too. Last week we enjoyed the first two sequences of this melodrama. In the first part, Lacker and George followed the hawkish tone of Yellen´s comments from the previous Friday. In the second part Kaplan, Tarullo and Rosengren turned all dovish by the end of the week, but they couldn´t turn dovish the market sentiment towards the USD.

Today is the third part. Kashkari and Lockhart have already shown their faces and they have already contradicted themselves so far. Kashkari said that the loose monetary policy is not a good thing, meaning that the interest rates should be higher, but only a moment later he said that the core inflation is still too low, which goes against the rate hike scenario in next week´s meeting.

A little later Lockhart popped in to complain about inflation as well. A tighter jobs market should have driven inflation higher but it´s not happening, he said. I guess the US public doesn´t believe the politicians and you lot at the FED have the intellectual capacity to lead the economy into prosperity Mr Lockhart, so they are saving and not consuming/investing.

He also said that patience on rate hikes doesn´t incur costs, which is a dovish remark, since it may be a hint to for a postponement in the September rate hike, if the FED ever planned that. He was screaming and shouting for two interest rate hikes about a month ago while now he feels it´s safer to be patient. 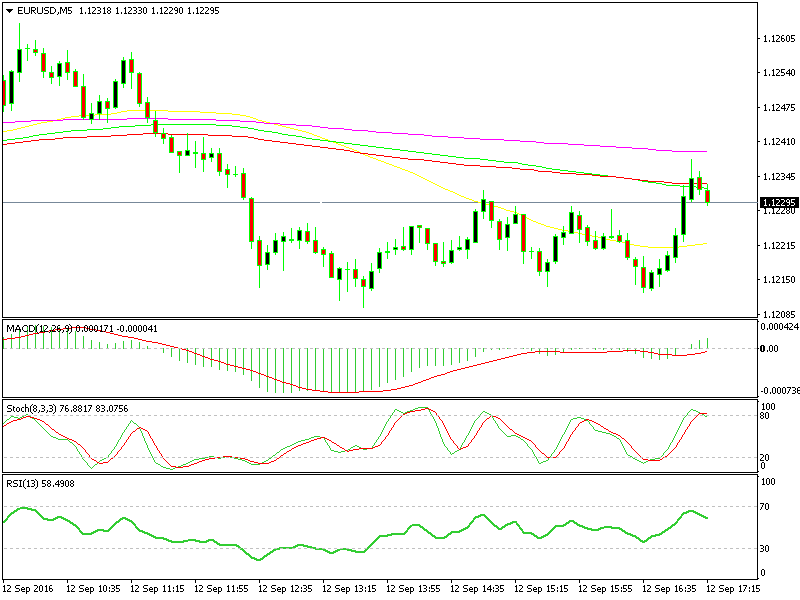 The USD quickly lost several dozens of pips across the board but the decline has stopped now. Another actor of this tv show will play her role in about two hours. Keep an eye/ear on Brainard´s comments later because many are expecting her to give the clearest sign which way the FED will lean on next week´s meeting.