Living up to expectations - Forex News by FX Leaders

Living up to expectations

Hello on this Tuesday morning after an evening packed full of action. The dove of all doves at the FED, Lael Brainard, lived up to expectations and did what she´s good at, she killed the last hopes of the market for a September interest rate hike. She didn´t exactly turn  into a "2014 Bullard" when the other FED member Bullard killed the market hopes for an end of the QE (quantitative easing) programme in October 2018 in a speech, but did enough to Turn the expectations around after Yellen built them up for a September rate hike.

But what exactly did she say?

First of all, she kept using Japan (once the EU) as a negative example, implying that that´s how the US mind end up in a couple of decades if the start hiking the interest rates now.

The forex market was expecting her to be less dovish than in her June speech, but this time, she was relentlessly dovish. She didn´t step off the brakes for a minute with dovish comments and warnings.

She made a bunch of dovish comments, most of which were totally reasonable and justified by the economic developments in the US recently. She said she´s not seeing strong signs of economic growth and pickup in inflation and she´s right. There is disinflationary pressure from abroad and she´s again right. Think gas and crude oil prices in the recent years, besides the continuous decline in the commodity prices and of course, now Brexit.

So, she comes to the conclusion that the world is in a phase when the "normal" interest rates are around these levels 0%-1%. She thinks that the times when we used to see 5%-6% rates before the 2008 crisis are long gone and this is the new normal now. That makes the central banks more neutral (0% is totally neutral), but it doesn´t leave them much room to juggle the balls around in times of hardship.

In one of the last comments, she said she´s looking forward to assessing the economic data in the next few months, so that means an interest rate hike won´t cross her mind in a few months at least. That´s a very bearish statement, which has weighed on the USD.

Mind the inflation data coming from the British isles soon. 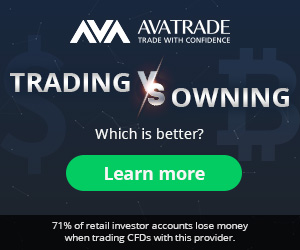