The UK retail sales – Another puzzle to solve

The UK retail sales numbers were published a minute ago and although the headline number beat the expectations, it still showed that the retail sales declined in August. The annualized numbers were positive and above the consensus, but the details of the monthly numbers were sort of mixed. What stands out is the decline in the non-food stores and the household goods.

If you are experienced enough to interpret the fundamental indicators, then what do you make of these numbers?

To me, this release forms another post-Brexit puzzle. After the very disappointing economic data for July from the business side, the UK consumer data showed that the general public wasn´t affected by the Brexit fears and life continued as it was before with upbeat consumer demand. The retail sales data was the one to start the turnaround in the market sentiment last month when it posted a 1.4% jump, which was revised to 1.9% and it was the first positive number of a positive trend in the Uk economic data which has lasted for about a month.

But the negative number released now (- 0.2%) casts a shadow on the consumer demand. Particularly, the decline in the household goods and non-food retail stores increase the uncertainty whether the UK consumer is affected by the negative effects of the Brexit vote.

Let´s see what we got so far:

2- July´s number was revised up (positive)

3- The annualized sales were revised up (positive)

There is a draw in the positive/negative signals, but in forex 2+2 don´t make 4. What stands out in my opinion, is the decline in the non-food and household goods. Has the UK consumer already been affected by the Brexit vote (less income)? Is the consumer holding back among Brexit fears? Or is this just another deviation that the retail sales usually reserve for us? 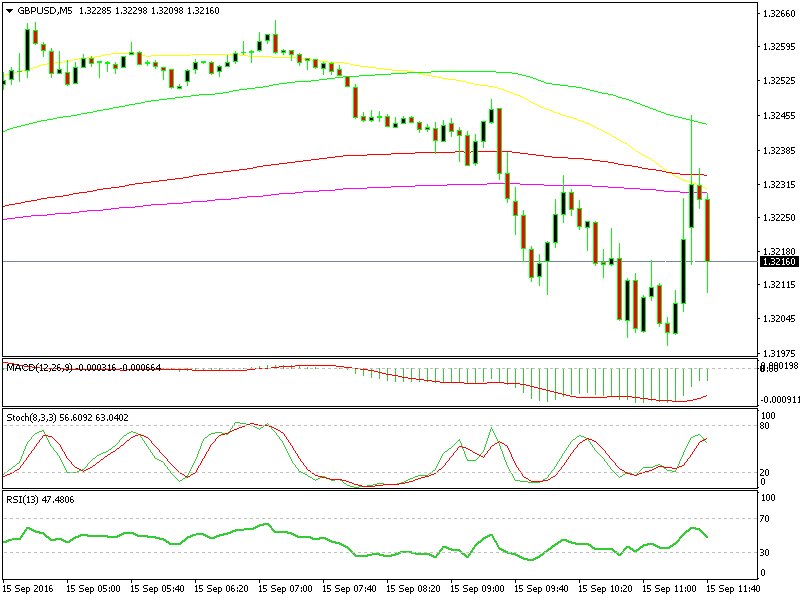 GBP/USD can´t make its mind up

We can´t tell right now. We have to wait and see the additional economic data in the coming weeks if it remains upbeat of if it turns sour. GBP/USD doesn´t know what to do either, it jumped up about 40 pips after the release but it has given back most of the gains.

What Does More Economic Stimulus Mean for Markets?
23 hours ago