What do the numbers mean? - Forex News by FX Leaders

What do the numbers mean?

We got the next round of US economic data today and as I said in the previous forex market update, apart from the Philadelphia index which showed a surprising jump, the rest of the numbers were all red. Just when you expect the data to give the FED that extra reason, it goes and does the opposite. But, what exactly were the numbers and what do they mean for the FED?

So, the Philly FED manufacturing index jumped from 2 to 12.8. But that´s just one month of strong gains and a seasonal element might be involved. That makes it neutral for the FED.

The core retail sales declined by 0.1% and at -0.3% the retail sales were even worse. That´s the second consecutive declining month and it might turn into a trend, so that´s negative for the FED.

The unemployment claims posted a positive number but close to expectations. This sector is in good health though so this makes it slightly positive for the FED.

The producer inflation had a flat tire this time at 0%, which missed the expectations. That´s another negative for the FED.

45 minutes later the industrial production and the capacity utilization rate both declined by 0.4% which made things worse. 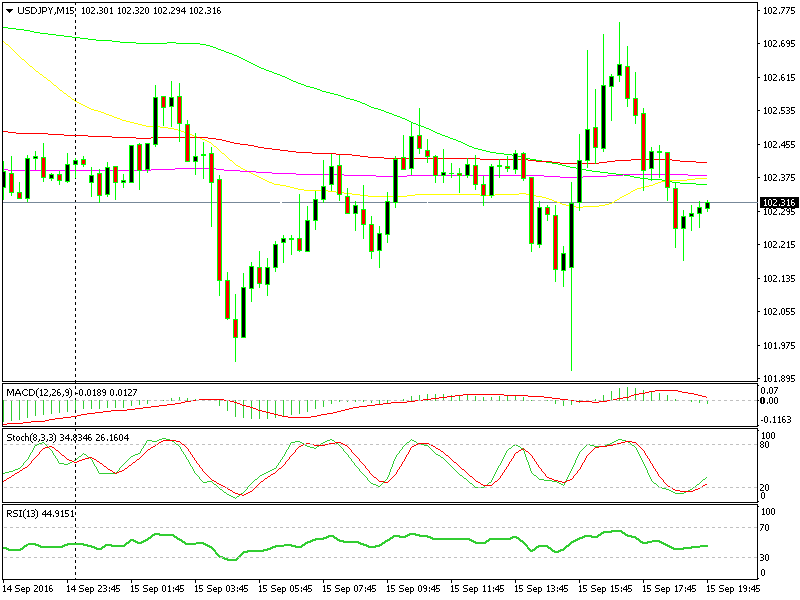 That´s three minus and a plus for the FED to take into account in next week´s meeting. There´s yet the consumer inflation data coming up tomorrow but I don´t see any fireworks there to change anything for better. The only risk is to the downside. The forex market still doesn´t know what to do with the numbers and the major forex pairs which include the USD are just ranging tightly after the initial shakeup.