Will these levels last the week? - Forex News by FX Leaders

Will these levels last the week?

The expectations of the FED and BOE (Bank of England), the GDT (global dairy trade) prices, the BOJ earlier this morning and all other market forces have pushed the major forex pairs higher/lower in the first two days of this week. The importance of the old support and resistance levels has diminished and new levels have come into play.

Resistance – The 1.1150-60 level has provided support in the last three days so that´s the first line of resistance now after the price broke below it. We opened a sell forex signal at this level in this forex pair this morning hoping it will bring an end to this retrace in the hourly forex chart. Above there comes resistance at 1.1180 and 1.1200-10. 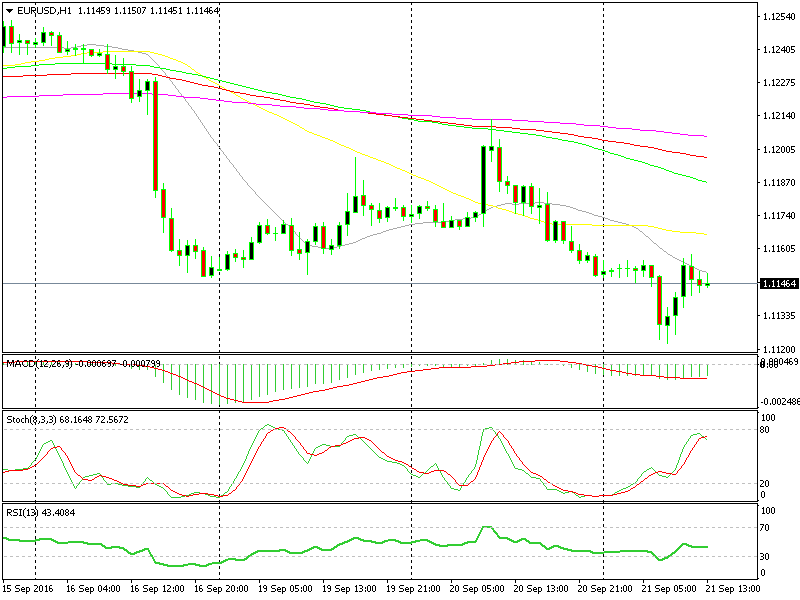 Support – The FED´s meeting today and the speeches from the BOE members on Friday have cast a shadow on this forex pair. It has been sliding down the entire week which has brought the lower levels into surface again. Today´s low at 1.2940s is the first support level. 1.2850 and 1.28 will be the ultimate support levels to watch. If they are broken, then you can count on them to provide some decent resistance.

Resistance – The BOJ sparked volatility in JPY pairs this morning, but guess what. USD/JPY is right where it was before the BOJ statement despite the 200 pip round trip. The 50 MA was a major support/resistance level until this morning, but now it is only a minor resistance level. Above there comes the 102.20 level and finally the top of the spike today at 1.1280 will keep this pair confined on the upper side.

Support – The first support level comes at 101.40 obviously which has been the bottom in the last two weeks. We can see that the price is having some trouble breaking it and holding below it. 102 and 10140-50 will be the next obstacles. The 100 support level seems a bit too far now after the BOJ, but keep it in mind nonetheless.

These are the support and resistance levels for the three most liquid forex pairs. In my opinion, the market is too scared to push the price in either direction, so it will be sidelined until the FED meeting later in the evening. That will make these support/resistance levels provide us with some good opportunities for trading/scalping.