And the Winner Is…. - Forex News by FX Leaders

And the Winner Is….

The first debate of the US presidential campaign was held last night at 9, PM Eastern US time. In Europe, it was midnight, which is a shame because with Trump on, who would want to lose such an "ethical and intellectual" debate. I couldn´t keep myself awake but I hope you didn´t keep a fact-check list; wish I had a penny for every promise made on the electoral campaigns.

Anyway, looking at the forex charts, I can´t see anything extraordinary so I don't think anything important happened during the debate. One thing that stands out is the surge in the commodity currencies and particularly the Mexican Peso. 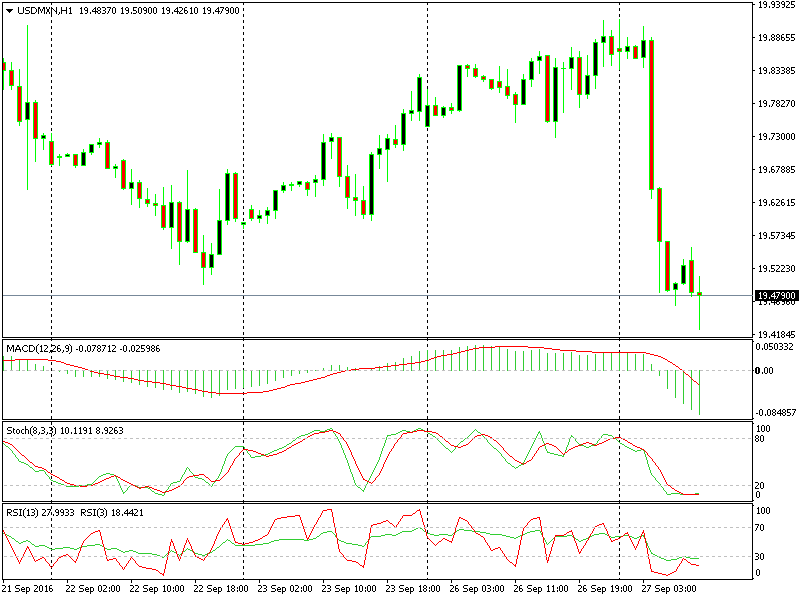 And the winner of the debate is … the Mexican Peso

I can´t really say who was in advantage during the debate since I didn´t see it myself but some analysts are pointing at Clinton. The rally in the Mexican Peso and in the Canadian Dollar also suggests that Clinton had the upper hand in the debate.

Checking the details, Trump spoke for 62% of the debate while Clinton spoke for 38%. That´s another sign that Clinton was ahead, because always the losers take most of the time since it is harder for them to make a point or win an argument. This is a flash coverage, but we´ll be back with you on this again today.