The BOJ Is Getting Some Help From OPEC

OPEC members reached a deal last evening in Algiers after a long meeting, but only when Russia left the building. They agreed to cut the output by 700K barrels per day. How this will work is to be seen but that´s more than enough for the forex market and all the other markets.

Oil is higher and USD/CAD is lower. That means that the market sentiment has turned positive now. In the short term the deal is a positive thing for oil producing countries because it will stabilize the oil prices, if not push them higher. It has other implications in the long term but we will talk about it in the weekly review.

A side beneficiary is the BOJ (Bank of Japan). When the market sentiment was dovish all the money was flowing into the JPY with USD/JPY threatening the 100 support level. But now that the sentiment has turned hawkish and the risk appetite has returned this forex pair has reversed. It reached as high as 101.84 today which the BOJ must have loved. 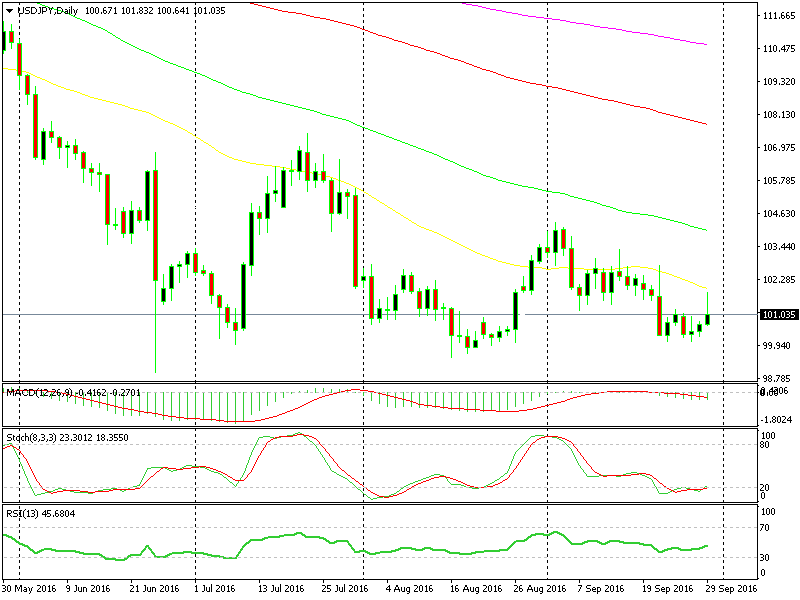 If the 50 moving average in Yellow gets broken it will ease the selling pressure, which will give the upper side a good chance

It has lost some of the shine in the last few hours due to some worries in the market, but it´s still about half way up from yesterday´s lows. Those worries were about Deutsche Bank but I don´t think it is serious, so soon the positive sentiment will return and the next move higher will come for USD/JPY.