Buy And Sell Orders This Morning

GBP/USD – This is the forex pair which has moved the most this week after the market sentiment turned really sour towards the GBP. The support levels are very scarce here, since this pair has reached a multi-decade low. We can count on 1.2700 1.2680 which was the low today, 1.2650, 1.26 and 1.25 as mild support levels.

The resistance levels are much easier to spot. They stand at 1.2740 which is where the 20 moving average stands on the hourly forex chart, 1.2770, 1.28 obviously which has been the low all summer and finally 1.2850. That´s the price I am looking to open a long term sell forex signal if the price gets there. 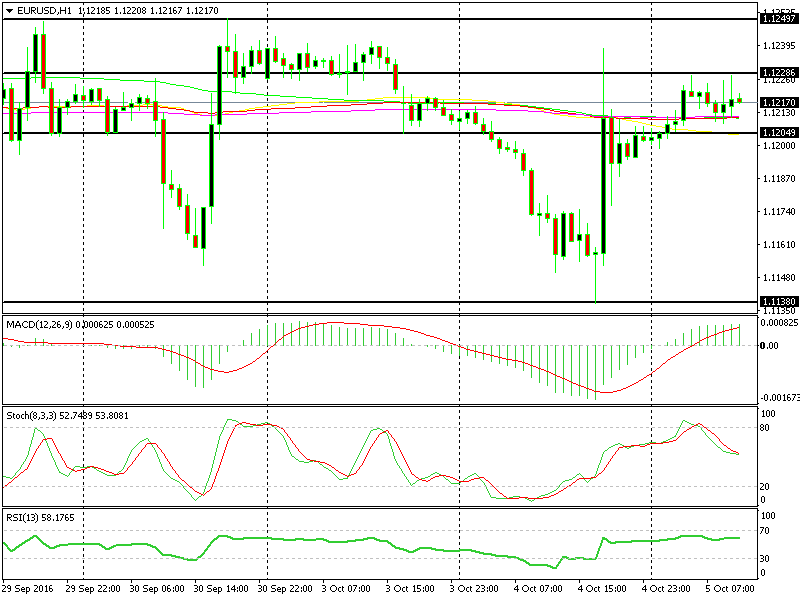 Support and resistance levels for EUR/USD

EUR/USD – The Euro pairs popped more than 100 pips higher yesterday in the afternoon on some ECB (European Central Bank) chatter. On our next market update, we will look more in detail of this matter. Anyway, that move was enough to bring into play some other support and resistance levels, besides the ones we saw yesterday.

We don´t know how much the price will move today and which levels will come into play, but better to be prepared and keep an eye on them for some good trading opportunities.