The talks for a trade agreement between the EU and Canada has been going on for some time (I don´t know exactly how long), but recently they have come to the public´s attention. That´s because of the fact that a region of Belgium, Wallonia, had opposed the trade deal with Canada for whatever reason only they can think of. Belgium cannot pass any legislation without all its regions voting pro.

Hhhmmm, perhaps the small region of Belgium is afraid the Canadians will challenge the Teletubbies with one of the Canadian productions or maybe the Loonies are afraid of Belgian chocolate competition. Whatever the reason, it shows the weak side of the EU; only a small region might block a trade deal such as this.

The Brits and Canadians on the forex forums went on a roll afterward, bashing the EU and its bureaucracy and giving themselves credit for voting to leave the EU. I´ve read comments that the EU needs years to make a simple decision since there isn´t a center to take the make the decisions for everyone. That´s exactly what the UK strongly opposed while they were part of the EU; they vowed against a centralized or a federal Europe. Now they´re saying that´s the reason they got out.

Anyway, that is a real weakness for the EU, which will be overcome sooner or later now that the UK is out of the way, clearing the road for a federal Europe. There are many glitches in the EU system with the slow decision-making being one of them, but you have to understand that it´s a whole continent with 28 countries at the moment with more candidates waiting to join. Besides the empires, which were undemocratic, the world hasn´t seen such a conglomerate of countries joining borders, customs, labour force, businesses and tariffs etc in modern times.

Anyway, there are weaknesses in the EU project the same as with any individual country in the world, but the size of the market is one of the greatest advantages. Besides all the benefits from the internal factors, some of which we mentioned above, the largest single market in the world offers external benefits too.

The ability to impose your requirements to the other parties during trade agreements is one of them. There is no country in the world which can afford to close the trade with the US but particularly with the EU. The EU is the biggest consumer worldwide in terms of GDP, so the having no trade relation with it, is like being on an embargo. 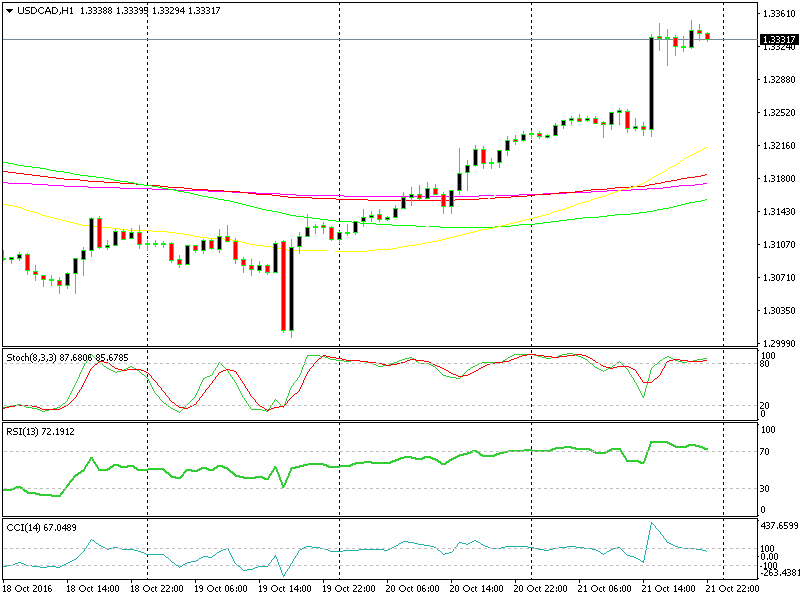 Can you hear the CAD screaming "Damn you Wallonia"?

The point is that the EU is very strict on the consumption products and this might be the case for the failure to reach a trade agreement with Canada, knowing that there´s lots of genetic modification going on, both in North and South America. This might be a headache for foreign agricultural producers, but it´s a great advantage for the EU citizens. Meanwhile, the Canadian Dollar has to carry the burden of a failed deal and USD/CAD has marched higher since the news did the rounds.