Where Are We Left Now After the European Roller Coaster? - Forex News by FX Leaders

Where Are We Left Now After the European Roller Coaster?

The market went all guns blazing at the close of the European trading session today, didn´t it? Well, it was quite fun. I enjoyed it. All of the three open forex signals hit take profit levels as the risk currencies dived, which soon turned into a broad USD buying. After the first move was over, we decided to go long on NZD/USD because, judging by the price action during the initial move, the NZD was being the most resistant to this wave of USD buying. The sentiment quickly reversed and we made another handful of pips.

This was one of those cases when you witness live the "buy the rumour, sell the fact" mindset in forex. The market got anxious in the last couple of hours leading to the ECB (European Central Bank) president Draghi and BOE (Bank of England) chairman Carney conferences and sold the Euro and the GBP. The USD was the main beneficiary as it gained against all forex majors. Then, when the central bankers finished their interview, the market calmed down. 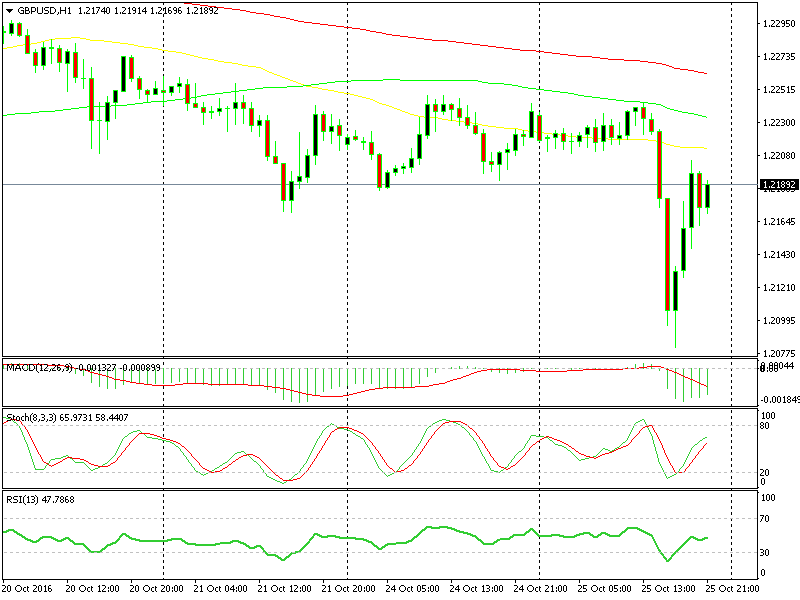 All tickets sold for the GBP/USD round trip.

The forex market was all worked up for some signals about the monetary policy of the two European central banks because the recent developments in the UK and EU have led us to believe that a change is coming soon. But nothing of the sort occurred, apart from Carney saying that the ECB will exit their current policy when they hit their inflation targets.

Can anyone guess when that might happen? Inflation in Europe has been so low for so many years that 2% seems like a utopia, but on the other hand, the pickup we have seen in the recent few months is impressive and it might as well be the start of something bigger.

So, that has left the market right where it was before the conferences. Unlike the situation with the FED where everyone knows when the next move is coming, when it comes to the ECB and the BOE, everyone knows that something is coming but we don´t know what´s exactly coming and when it is coming.