The Eurozone Flash services PMI report was released last week and it surprised the market as the numbers beat the expectations by more than a point. The main number for the entire Eurozone came out at 53.5 points, while expectations were for a reading of 52.4 points. Looking at the major EU countries individually, all beat the consensus except France.

The EU final services PMI report is usually released a week after the Flash services report and today was the due date.  So, the report was released more than an hour ago, which again came as a bit of a surprise. However, this time it surprised us negatively.

While the flash report last week beat the expectations by more than one point, today's final report came nearly a point below the consensus. The French final services PMI disappointed us once again but the numbers from Italy offered the surprise. The German and the Spanish services PMI held up well, but they couldn't make up for the rest of the Eurozone.

It is not a really bad report. The EU service sector is expanding as long as the PMI report stays above the 50 level, and at 52.8 points, the pace of the expansion is not bad either. But the massive ECB (European Central Bank) QE program has been running for quite some time and the Eurozone economy has improved considerably in the recent months, so many forex analysts now expect that the recovery picks up pace faster.

These are not bad numbers by any means, but considering the improvement in the global economy and in the business sentiment in general, I think that now is time for the Eurozone economy to engage its engines in full capacity.  This time, Euro lost about a dozen pips after the release, but the flash services PMI report takes most of the attention, so that was it for the Euro. 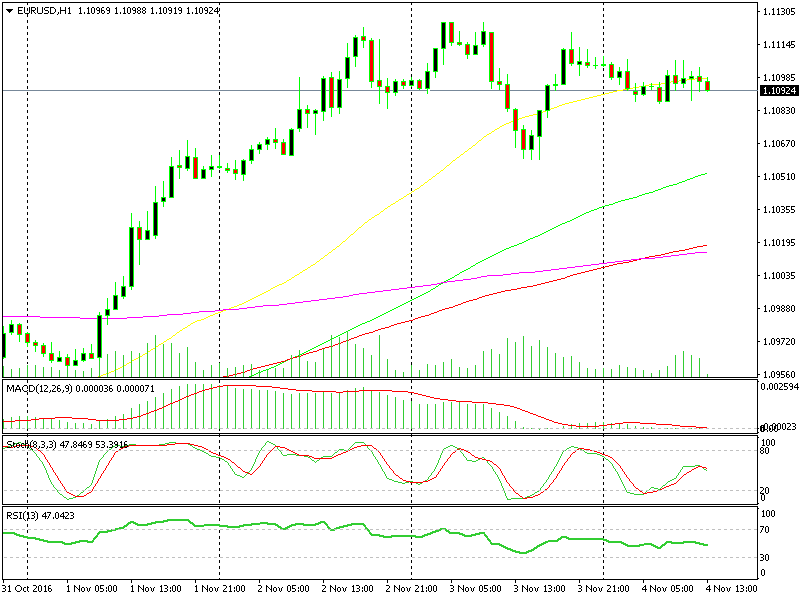 If you were to trade the news, you couldn´t make more than a handful of pips from the Eurozone services PMI report

For your knowledge, when the PMI report (manufacturing or services) is around 50.1-52, the economic expansion is considered weak. If PMI ranges between 52 and 54 points, then the expansion can be considered strong and stable. When the PMI is around 55, 56, or 57, that particular sector is doing great. You can see this report jump above 60 now and again, but that´s very rare and if it remains up there for several months, then we can say that the economy is flourishing.

Will USD/CAD Turn Bullish After BOC Signals A Pause?
2 weeks ago