The Central Banks Are on High Alert

The financial markets have calmed in the last several hours. The stock markets have paired last night's losses with the FTSE 100 only slightly beneath the pre-election levels, while the USD is unchanged on the day after a 300 pip wobble.

So, the whole situation seems relatively calm now and the market sentiment seems neutral, to say the least. That said, you can feel the nervousness in the markets because there is a heavy scent in the air, which is normal during such times, but nothing exceptional.

The Central Banks are all ready for any nasty surprises though. After all, it's their job to anticipate and forecast the future of the financial world. Given the global importance of the US politics and the USD, this event would have a much bigger impact on the major Central Banks, but the relative calm in the financial markets this morning has calmed the nerves.

Still, better to be safe and ready than being sorry. The rhetoric from Central Banks started earlier today with the Japanese arguing that the recent moves in the forex market are speculative, one sided, and too ferocious. You can see the fear of a strengthening Yen, which is normal since this would damage the anemic Japanese economy.

So that was the first signal of a possible intervention or more monetary easing from a major central bank. It might not come tomorrow, but if USD/JPY slides to 0.90-0.95, then don't start complaining when the BOJ (bank of Japan) wrong foots you. 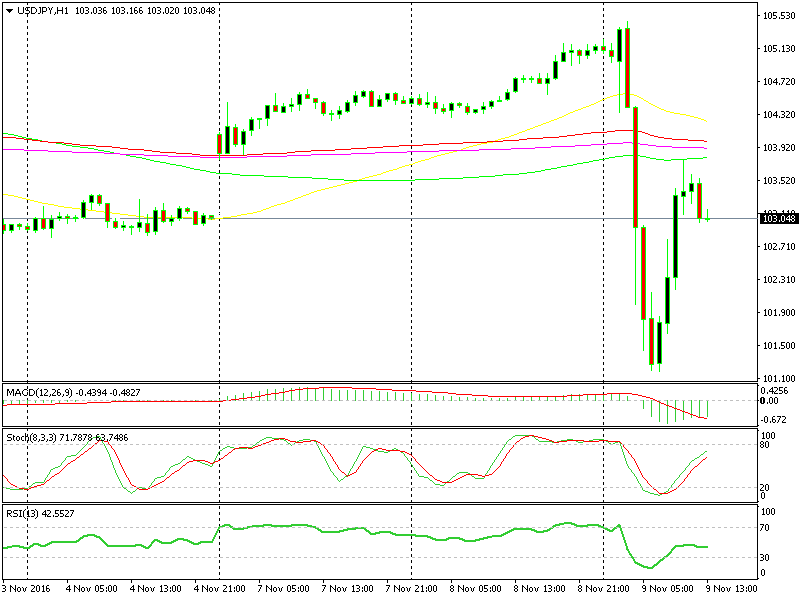 No one likes a weak Dollar, especially the Japanese

Not long ago, the ECB placed themselves in the “monetary intervention queue”. He doesn't like Trump and fears the reaction in the market, which right now seems completely normal. Yet, he's warning about the risks of a higher EUR/USD and the negative impact it will have on the Eurozone economy. Hhhmmm, just when I thought we were about to enter a period of slow monetary tightening.

What about the FED? Will they hike the interest rates in December? Coming up…

Can EUR/USD Fall Back to Parity After Failing at 1.05?
21 hours ago