No Brexit Fear in the UK Employment Report

Looks like the Brexit jitters are over now, or at least they´ve been put on hold for the time being until everything becomes clear. The UK High Court gave a 6-week break to forex traders who were exclusively trading the Brexit fallout in the GBP pairs. It´s far from over but at least the GBP traders are taking some time off from all that nerve wrecking Brexit trading.

The immediate panic we saw in the first couple of months after the Brexit vote has dissipated and the UK economy has stabilized. The recent UK economic data has improved a lot from a few months ago and the employment report this morning shows just that.

The claimant count change, or unemployment claims as they are referred to in the US, jumped about 4k from the previous month. However, the claims are quite low, nonetheless, so there's nothing to notice here. Nevertheless, the decline in the unemployment rate was pretty surprising. It ticked down one decimal point to 4.8%, which puts the employment component of the labour market at a very good spot. 5% is considered as the natural unemployment, so 4.8% means that there´s no labour slack in the economy. 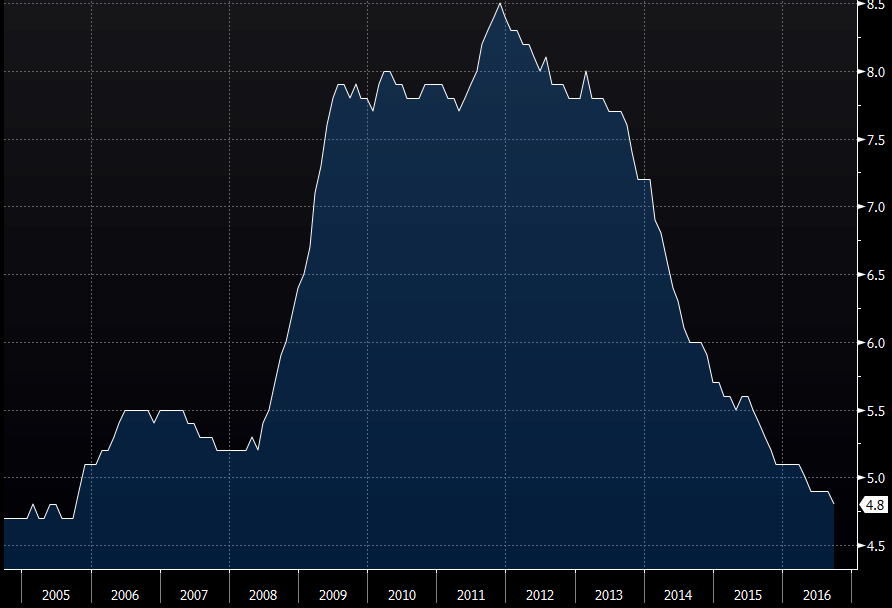 Some countries would kill for this level of unemployment

The average weekly earnings (wages, salaries) also grew at a steady pace of 2.3%, quarterly. One thing to notice though is the decline in the bonuses. If we leave the bonuses out, the wages grew by 2.4%, which means that bonuses might have fallen at least 5-10% to make up for the jump in all of the other sectors of the economy.

This is very interesting because we know that most of the bonuses in the UK are snatched by the big cats in the financial industry. The bonuses use to outgrow the rest of the earning in the UK for as long as I can remember, so if they are falling at this pace now, it means only one thing: the financial firms are pulling out of the Citi. The very least we can assume is that investment and hedge funds stopped paying out bonuses. I guess with all this chatter in the market about the Citi in London moving to mainland Europe, the big cats are afraid to ask for bonuses.