Italian Referendum, the Next Risk Event in Forex (Mind Your Margins) - Forex News by FX Leaders

Italian Referendum, the Next Risk Event in Forex (Mind Your Margins)

Before I forget, I must let you know that a referendum is taking place in Italy next Sunday. The referendum is about the strengthening of the Italian government which, if the Italian people vote for it, is supposed to bring some substantial changes for Italy.

The Italian political scene has been so unstable and it has led to continued changes in governments in the country. Since WW2, more than 60 governments have ruled Italy. Changing policies every year is never a good thing for the economy; you can´t expect a government to implement its plans and ideas in such a short period of time, let alone enjoy their effects.

So, in my opinion, this referendum is a good thing for Italy as it opens the door for some sort of political stability and it is long overdue. The Italian Prime Minister, Mateo Renzi, has pushed this referendum, but the opposition sees this as an attempt to concentrate the power around the PM, which in the future might bring into power another Duce (Mussolini). They´re both valid points, although as an economist, the future of the Italian economy is more important to me. 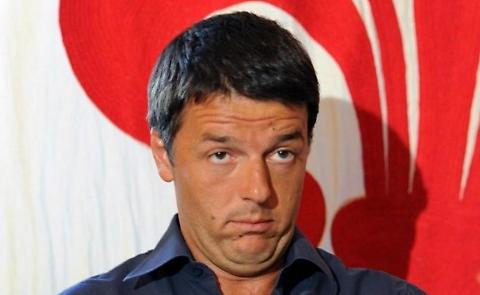 Are you calling me a dictator?

This is a big event because a “No” vote would mean more instability for Italy and a resignation of Renzi who is a strong pro EU ally. With Brexit on the doorstep, Trump becoming the US president, and general elections in a number of EU countries in next year, this referendum takes extra importance.

The brokers are taking safety measures as they increase their margins. I just received a message from my broker notifying me about margin changes. I guess the SNB gave the retail forex industry a good lesson about two years ago when they removed the EUR/CHF peg which led to the bankruptcy of some of the biggest names in the industry. So keep this in mind, guys, and reduce the leverage when you follow our forex signals, otherwise you might get a margin call even though you might be in a perfectly good trade.

Gold Breaks Above the 200 Daily SMA, As It Pushes to $1,800
1 day ago
AUD/USD Facing A Big Test at the 20 Weekly SMA
AUD/USD has been bullish since early October although buyers are having trouble pushing the price above the 200 weekly SMA
4 days ago