The Best Piece of UK Data Sinks the Pound

The UK employment report was published a while ago and the BOE (Bank of England) governor Carney will be up soon, but I don´t think he will say anything to move the GBP pairs today. The employment report on the other hand, had a lot of potential to be a game changer in the short term, but the GBP reaction was minimal, which of course is because of the FED meeting this evening.

When the report was published I thought that GBP would jump at least 50 pips higher, because all the main numbers were green which means they were higher than the expectations. The wages for the annualized quarter grew by 2.5% against 2.3% expected and last quarter was revised 1% higher to 2.4%. Even the UK unemployment claims were much lower than expected. 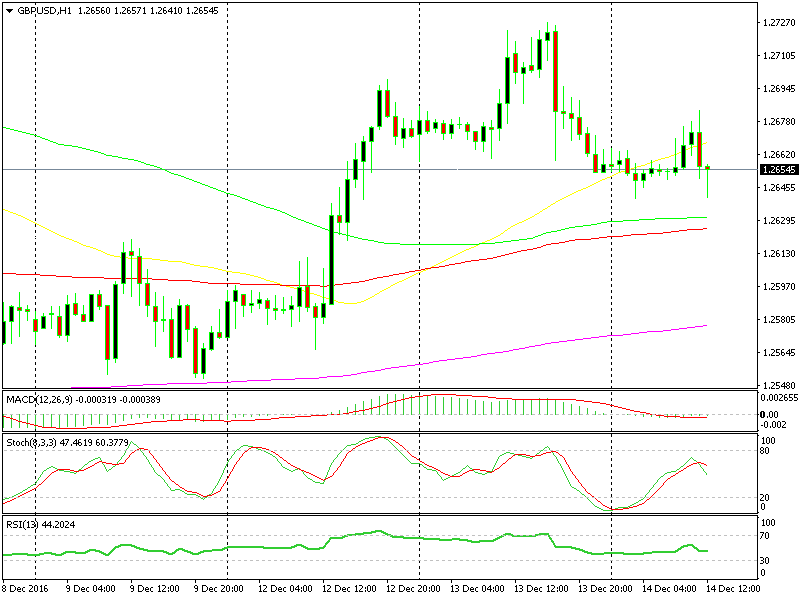 Dwelling into details, this report gets even better. If we exclude bonuses, then the wages have grown by 2.6%, which means that bonuses must have decreased somewhat. But, that doesn´t concern us, unless you´re working in the City.

At this stage of economic recovery, wages are probably the most important economic indicator alongside GDP figures. While the US employment sector is doing relatively well, the wage /salary inflation remains weak, which casts a big shadow of doubt on the quality of jobs and on the US economy overall.  The UK on the other hand had some ups and downs after the Brexit vote which is totally understandable, yet the wages continue to pickup with a satisfactory pace.

That´s a good sign, but we must keep an eye on those bonuses in the coming months to see if they continue to lag the wages in the rest of the UK economy. If that´s the case, then it´s likely that the financial bosses and managers in the City are moving abroad in the Euroland and that´s when the real trouble will start.

Chinese Economy Surging Too Now, Joining the US
3 hours ago