Eurozone Trade Balance and Inflation Report – No Christmas Present for You Mario, Sorry

The central bankers have it so hard; they´re always the first to get the blame when the economy is not performing as it should and the last to get a pat on the back when the economy gets back to its feet. They congratulate themselves, nonetheless. The BOE governor, Carney, did it in September when the post Brexit data proved to be only a temporary shock. Draghi did so too a few weeks ago when the Eurozone inflation report showed a decent pickup.

Just a while ago, Draghi´s mate, the ECB´s Weidmann, placed the responsibility for the economy totally on the governments, which is completely right in my opinion. It also shows that this breed of central bankers is not the type that waits around for a bone. It would still show some Christmas spirit if the market gave them an early Christmas present.

However, it looks like Santa forgot about Mario Draghi today. The Eurozone inflation report, which was released minutes ago, just wasn't enough for a nice year-end bonus for the poor guy. It wasn't disappointing either as the numbers came bang on the money, with EU CPI (consumer price index) at 0.6% and core CPI at 0.8%. In fact, this might be exactly the reason for the 20 pip pop in the Euro pairs. Perhaps the market was relieved that the EU inflation data wasn't worse. 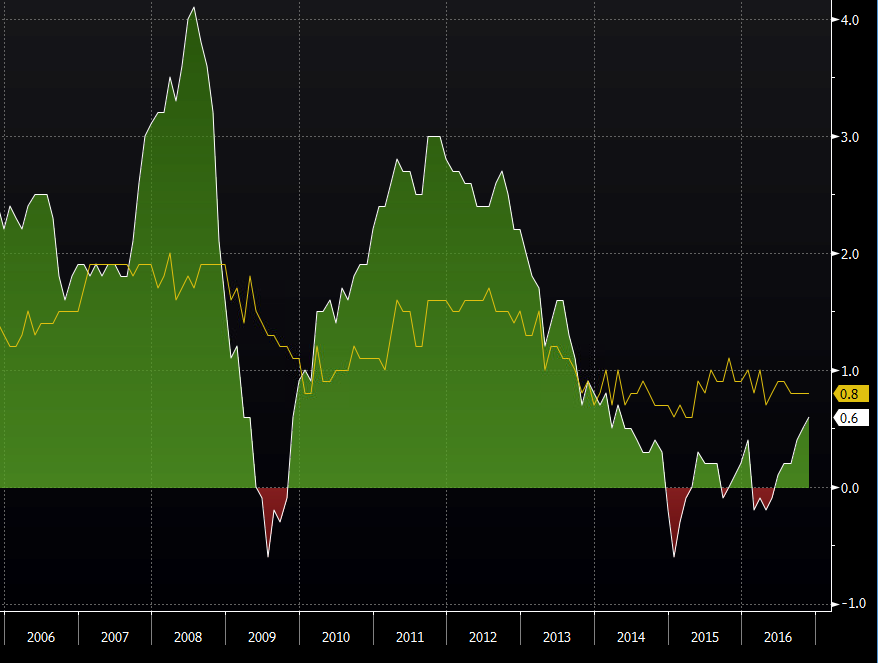 Still, a long way to go, but Draghi will get what he can

On the other hand, the Eurozone trade balance declined by about 5 billion Euros from the last month. Whether it comes as a result of higher consumer demand in the EU, which would be another positive signal for the ECB, or lower exports, which is the opposite of course, it remains to be seen in the details.

Still, these aren't the sort of numbers that can reverse the negative market sentiment in EUR/USD, unless something happens on the USD side. I bet Draghi would rather a better inflation report and trade balance as a Christmas present, but he´ll settle for parity in EUR/USD. Will we get there by Christmas?

By the way, we issued a sell EUR/USD signal and an EUR/GBP signal moments after the EU economic data was released. The EUR/GBP signal hit take profit in a matter of minutes while the other forex signal looks pretty good sine it is about 10 pips in profit.

Selling AUD/USD Again, As Powell Consists on Inflation
3 days ago