GBP on the Slide as We Wait the UK GDP

We had a couple of positive economic data releases from the Eurozone this morning, the German consumer climate and the French consumer spending. Both of them beat the expectations, which we´ve been getting used to when it comes to the Eurozone economic data.

But the Euro hasn´t moved a single hair, apart from a 10 pip jump in EUR/CHF, which of course goes in favour of our forex signal in this pair. In fact, it looks like forex traders have already left their trading stations as all major forex pairs have hardly moved since last evening.

That´s if we leave out GBP pairs. GBP has been the only major currency which has moved overnight; GBP/USD declined about 50 pips after it touched the 20 moving average (20 SMA) in grey this morning. The reason for this is probably the UK current account and GDP, which are due to be released shortly. The current account is not a big market mover, but the UK Q3 GDP data might throw the Pound around a bit. 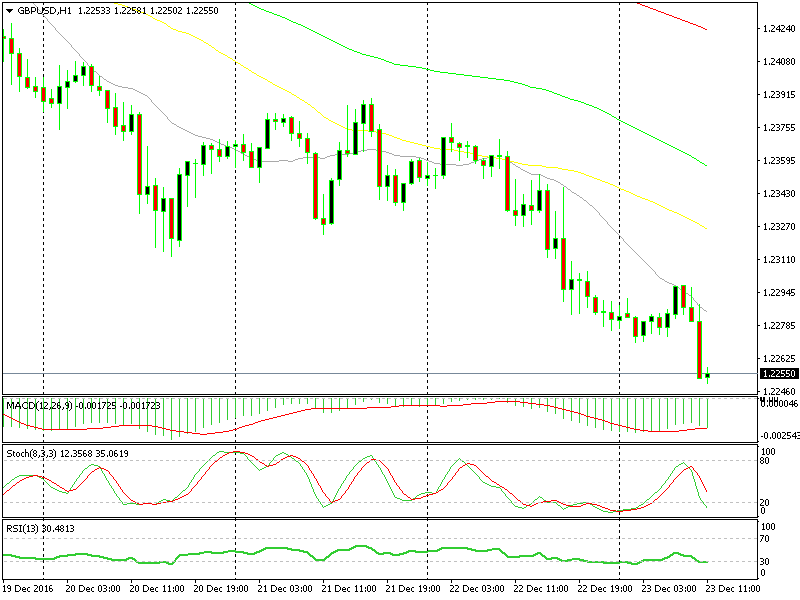 The next leg down has started.

I don´t really know how far this might take the GBP pairs right now, but some big name in the forex industry yesterday was calling for 1.15 in GBP/USD. Of course, we won´t get there today whatever the UK GDP numbers are, but it seems like the correction higher is now over.