US Home Sales Disappoint, But the USD Keeps Marching On - Forex News by FX Leaders

US Home Sales Disappoint, But the USD Keeps Marching On

I did warn USD sellers to be careful in our second market update today, didn´t I? Look at the forex charts now, the USD is up against all major currencies but the Yen and the CAD.

They´re some 20-25 pips off the lows now, but EUR/USD looks very vulnerable. Can we get parity before New Year? Personally, I don´t think so, but it´s an option nonetheless. If not now, then next week will be crucial, as forex traders came back hungry for some action. 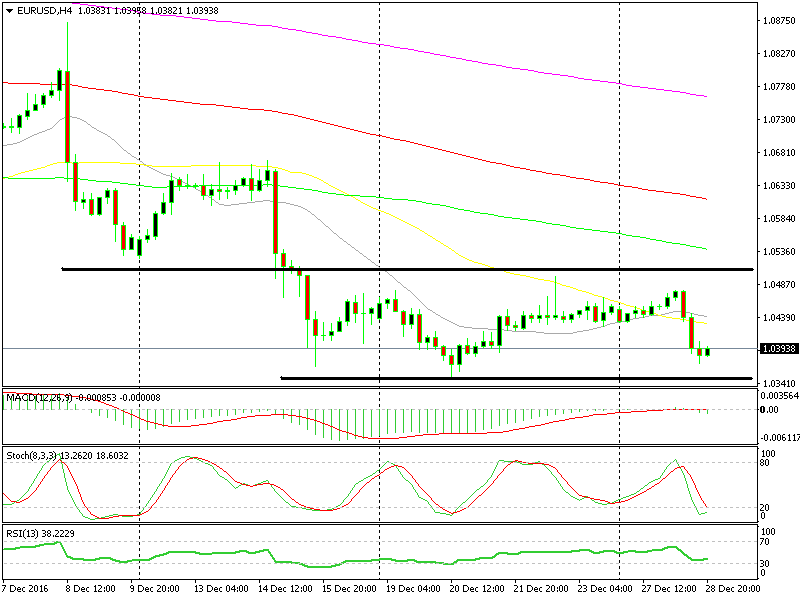 Is EUR/USD forming a range or is it breaking the bottom line and resuming the downtrend?

We opened another EUR/CHF signal at 1.0710, as promised in our previous update. The decline in this forex pair stopped at 1.07 and our forex signal was looking good at some point when the Euro decline stalled. But another wave of Euro selling followed shortly after and we´re back below 1.0710. We´re still only 3 pips in the red though and we have the SNB (Swiss National Bank) covering our backs a little lower.

Before I forget, the US home sales fell by 2.5% in November, against a 0.5% growth expected. This is unexpected and three out of four US regions suffered the biggest declines in quite some time. Low inventories are being blamed for this, but I hope is just that and not some negative effect of higher interest rates and rate hike expectations.

US Dollar On The Rise: A Quick Look At GBP/USD And USD/CHF Signals
1 day ago