Another economic figure from the UK and another disappointment for the Brexit doomers … The UK manufacturing PMI for December delivered another blow to them. At 56.1 PMI, which is nearly 3 points higher than expected, the UK economy continues to surprise and show resilience.

Mind you, there have been a few disappointing data releases from the UK in the recent months, but considering the uncertainty which Brexit is expected to bring, the UK economy has been holding up pretty well. Of course, the improvement in the global economy and sentiment has helped this country in the second half of 2016, but overall, this resilience has come from the UK domestic demand. 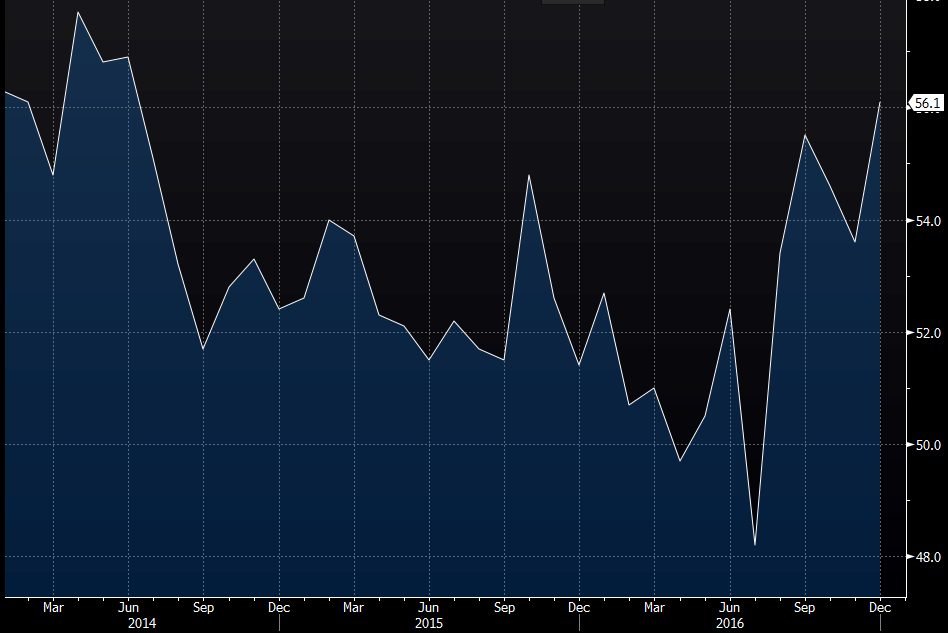 After a hiccup in July, the trend is back intact

As you can see from the UK manufacturing PMI chart above, the UK manufacturing sector has picked up strongly after the July dive, following the Brexit vote the previous month. New orders jumped to 58.5 PMI from 55.2 in November, export orders had their 7th consecutive month of growth, new manufacturing jobs grew the most in more than a year, and the prices (both for import and export) were rising at the fastest pace since this survey began.

That's a very decent report from the British Isles and the GBP is feeling the love again. GBP/USD made a 50 pips run to 1.23, but the 50 moving average (50 SMA) on the H1 forex chart seems to have faded the initial excitement from the impressive manufacturing report. 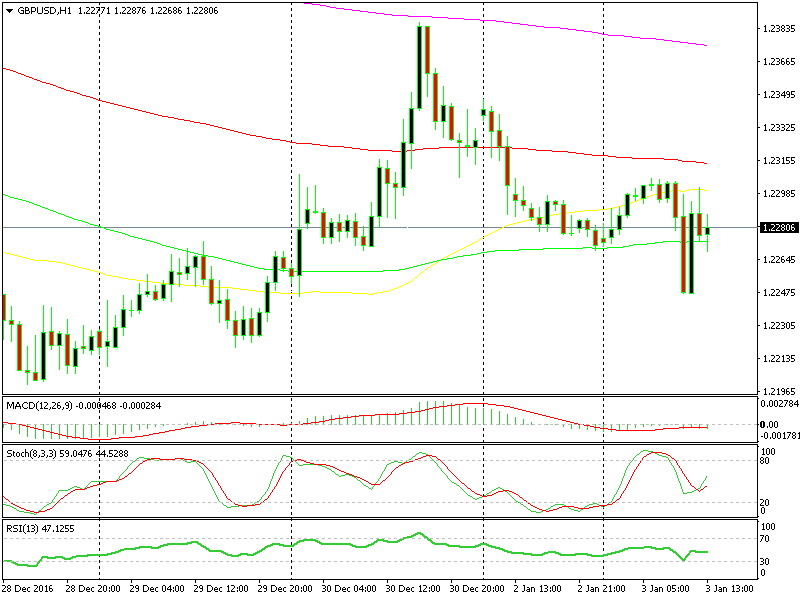 Are you going with the USD or with GBP?

The USD buying has been relentless this morning, so this latest GBP/USD jump is a good opportunity for a sell forex signal. We missed the chance to sell this forex pair at the 50 SMA for a handful of pips during the retrace, but if the price moves up there or perhaps 15-20 pips higher at the 100 SMA, then we might be tempted to open a GBP/USD signal, so stay tuned folks.

If we don't, then you will have to take that decision by yourself. Are you willing to sell up there? If yes, what other reasons do you have besides the ones I mentioned above?