UK Services – Third Times the Charm for the GBP?

We´ve already had two impressive economic data releases from the UK this week; the UK manufacturing PMI on Tuesday and the UK Construction PMI yesterday beat the expectations fair and square. These numbers put these two sectors of the UK economy at a very favourable spot, particularly the manufacturing sector.

Today, the UK services PMI was the next data release from the UK to surprise the market for good. This sector makes up for the largest part of the domestic economy, with financials being at the centre of it. So,  a reading of 56.2 PMI points must be very welcomed by the pro Brexit camp. 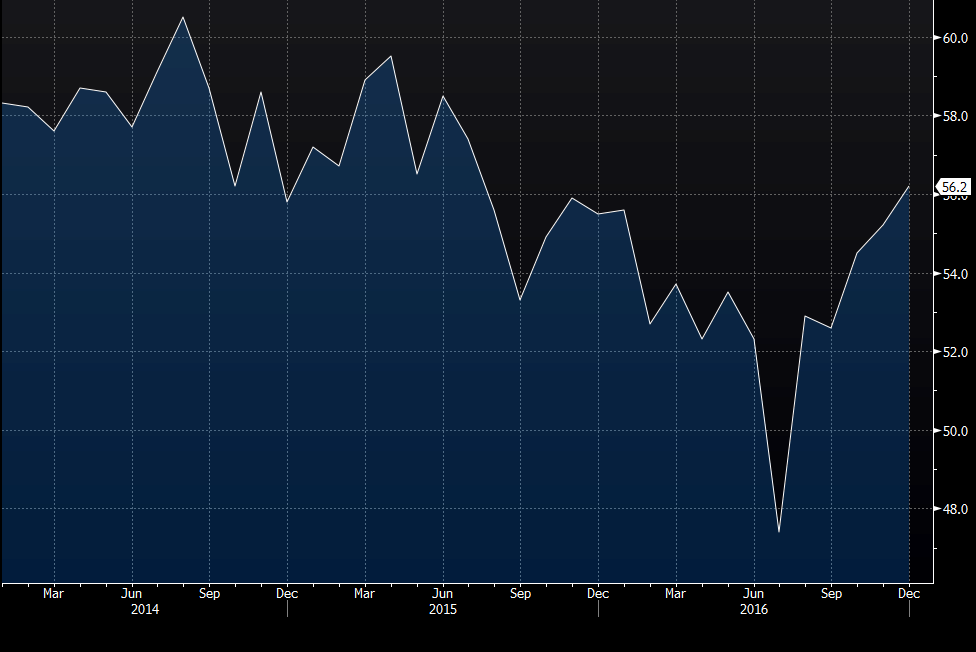 If the UK services uptrend continues like this, I´m afraid the chart will break my screen.

All these positive releases from the UK fall in line with what we´ve been seeing from other regions of the globe, particularly in Europe and in the US. That makes you think that this recent economic improvement in the UK is largely due to an improved global sentiment.

GBP traders surely seem to think so, since the reaction in GBP pairs was muted after a short lived spike. GBP/USD is still trading between two major moving averages on the H4 forex chart, the 50 SMA, the 100 SMA, and it doesn´t  look to be in a hurry to attack either side.