The world has been begging for some sort of inflation for about a decade. Imagine, only a year ago, Eurozone was on the brink of deflation.

Actually, during a four-month period from March to June last year, the EU faced deflation three out of four months. Let´s not even mention Japan which has suffered deflation since the late '90s.

It the recent months, though, inflation has picked up in a global scale. Obviously, higher oil prices have contributed to this a great deal. However, the global economy has done its part as well, since it has improved immensely during this time. 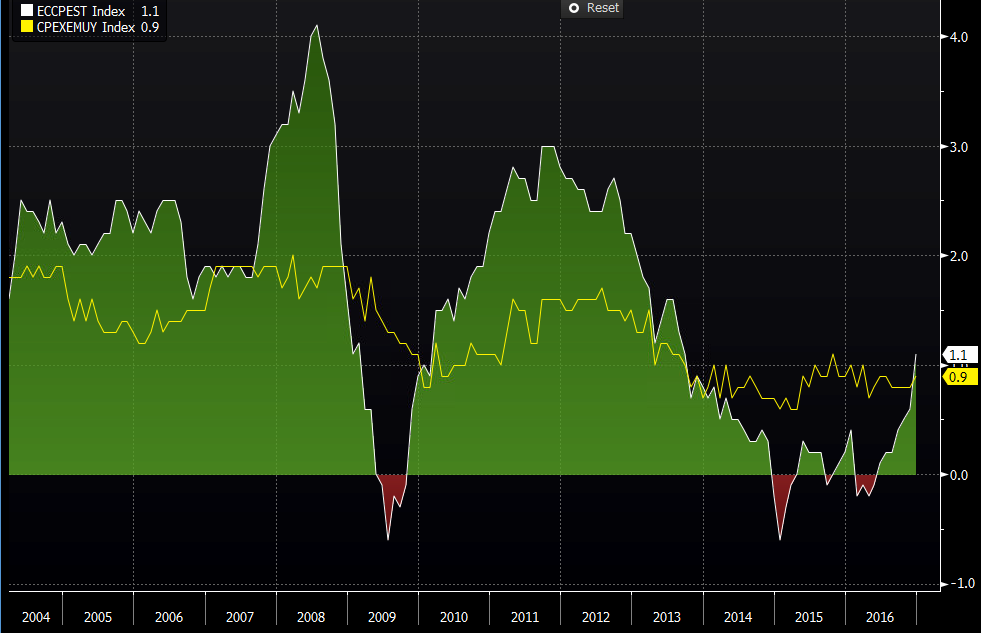 The pace of the pickup since summer 2016 has been remarkable.

The EU inflation report today portrays the global inflation perfectly. It jumped to 1.1% from 0.6% previously, while the Eurozone core inflation remained close to 1%.

Inflation in Europe used to be so far behind the US and UK inflation numbers, but it is catching up very quickly. That´s another positive reading for Europe and for the global economy, but EUR/USD seems sleepy today. The forex market is probably waiting for the US inflation report later today.

USD/JPY Reversing Down at the 100 SMA, After Higher Inflation Numbers from Japan
2 weeks ago