A couple of days ago we opened the short term EUR/CHF signal which is now live on our signals section. This forex pair was coming from a few days of heavy selling which led to the break of the very important 1.0680-1.700 support level.

We didn´t go immediately with the break because I hate fakeouts. So, we waited until the break was confirmed. We got the confirmation when daily candlestick closed well below that level on Monday evening.

Then, after a retrace and a retest of the support level, which now had turned into resistance, we decided to pull the trigger.

However, the price action has been very slow in the last couple of days. We had a chance to close this forex signal yesterday for a 15-20 pip profit, but the 50 SMA in yellow on the H1 forex chart was still 10 pips away and I thought we would at least reach that MA. 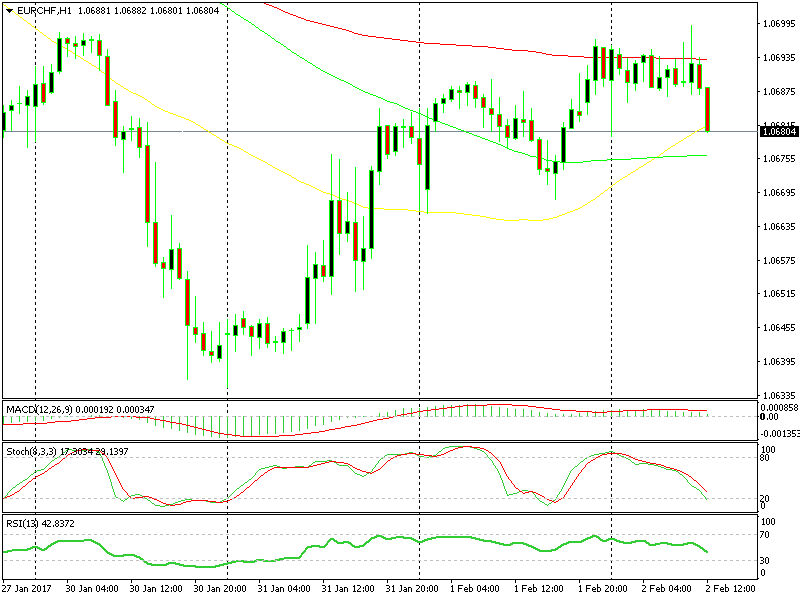 Well, the price reversed short of the 50 SMA and we missed the chance. The price is starting to move in the right direction, though, as I speak.

I´m a bit weary of the SNB (Swiss National Bank) because we´re standing on opposite camps with this signal and they might surprise the forex market and CHF traders at any time. They love doing that. Let´s hope we reach our take profit target before they wake up. 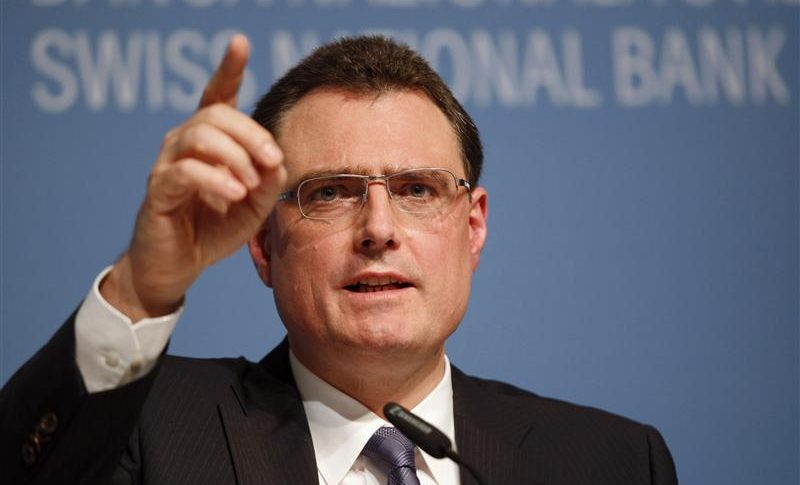