Is the WTI Crude Oil filling the Gap? - Forex News by FX Leaders

Is the WTI Crude Oil filling the Gap?

Today on 14th of Feb, the WTI crude oil began trading at $53.43 with 16 pips of a bullish Gap in the early Asian session. Most of the investors triggered buyings on improved economic figures from China, the 2nd largest crude oil importer.  Data released by China in the early Asian sessions revealed that the consumer inflation accelerated more than anticipated, nearing a three-year high.

Previously, the OPEC and other producers, including Russia accepted to decrease output approximately by 1.8 million (bpd), but it failed to support the falling oil prices.  Major reason is the U.S, where drilling exercises, mainly by shale oil producers has boosted overall output by 6.5% since the mid of 2016. 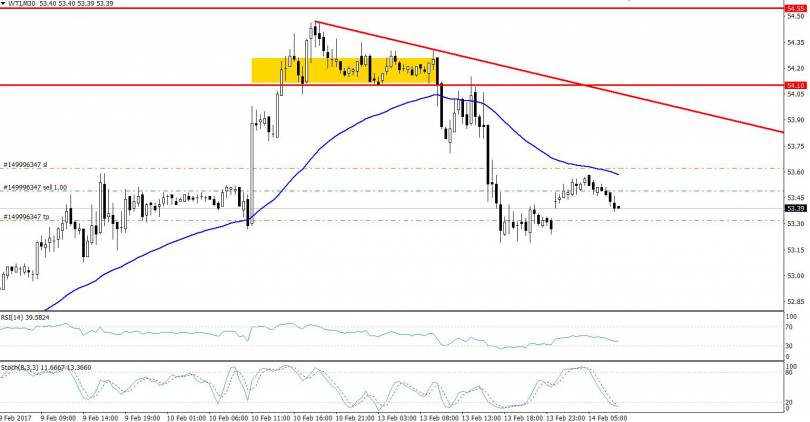 At present, the oil is trading at $53.49, holding right below a 38.2% Fibonacci retracement level of $53.55. Looking at the chart, we can also see 50 periods EMA which is working as another hurdle in its way. Lastly, the bearish engulfing candle in the 1-hour timeframe is giving us the perfect selling signal.