Wages dropped in the UK and the Pound is 50 pips lower so that means Brexit is knocking on the door, right? Well, despite the positive claimant count number (unemployment benefit claims), the rest points to that.

By the way, the number of claimant counts declined by 40k, which is really great. However, the catch here is that there have been some changes in the way ONS calculates them, so we must disregard the number this time.

The real one to watch is the wages report. The 3m/y UK average earnings were expected to remain the same as the previous level of 2.8%, but the actual number was only 2.6%. 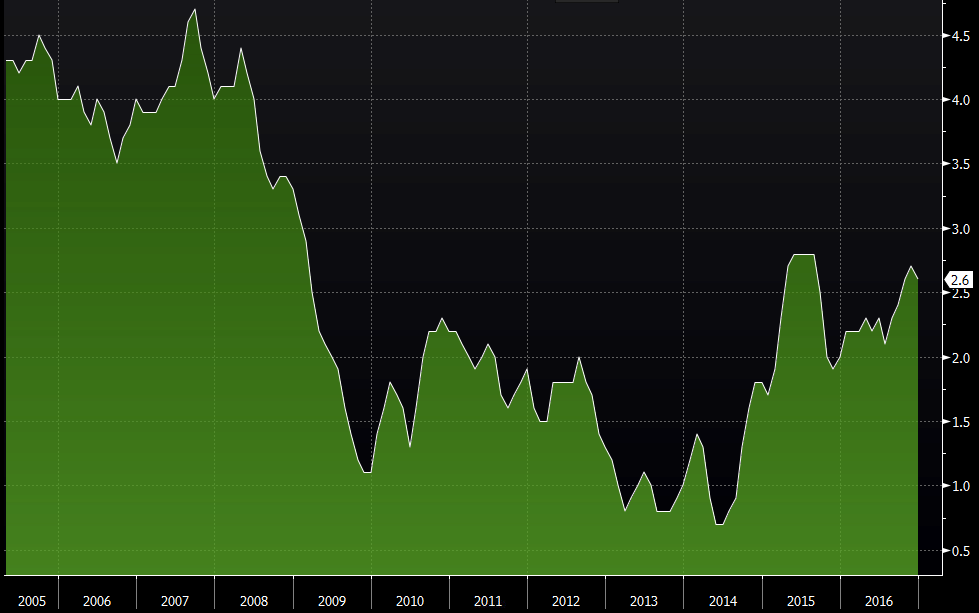 Hopefully, this month is a one-off and we get back to normal.

This means that wages in the UK are starting to show signs of economic weakness. Remember that wages are always the most important bit of the UK employment report because they immediately reflect on the consumer spending and the broader economy.

The most worrying thing here is that the biggest drop came from the private sector, which saw a 4 point decline from 3.2% to 2.8%.

Inflation has been picking up globally due to higher oil prices and, particularly in the UK, with the fall of the Pound. Now that wages are softening up too, the whole situation might become toxic.

GBP/USD lost about 40 pips immediately after the release, but has stalled now. You could sell this forex pair, but you never know what´s coming up in the next hour. A small Brexit headline and everything might turn around in minutes, as we have often seen.

GBP/USD Moves Above 1.10 But Austerity Is Coming, So We're Looking to Sell
2 days ago