Last week on Friday, the WTI crude oil consolidated in a narrow trading range of $53.92 – $53.30, in the absence of any major economic event and helped us secure around 19 quick pips. However, today on the 20th of Feb, the WTI crude oil is trading slightly bullish at $54.04, up +0.10 points in the early European trading sessions.

As discussed in the previous update entitled “2 Major Reasons Behind a Drag in the WTI Crude Oil”, the oil posted its first weekly decline in five weeks as the U.S Energy Information Administration (EIA) reported a less than expected decline in the natural gas supplies. As per the S&P Global polling, the supplies were anticipated to fall 126 billion cubic feet, rather than 114 billion cubic feet. Iraq’s Oil Minister, Jabar al-Luaibi, reported a boost in their oil reserves from 143 to 153 billion barrels. 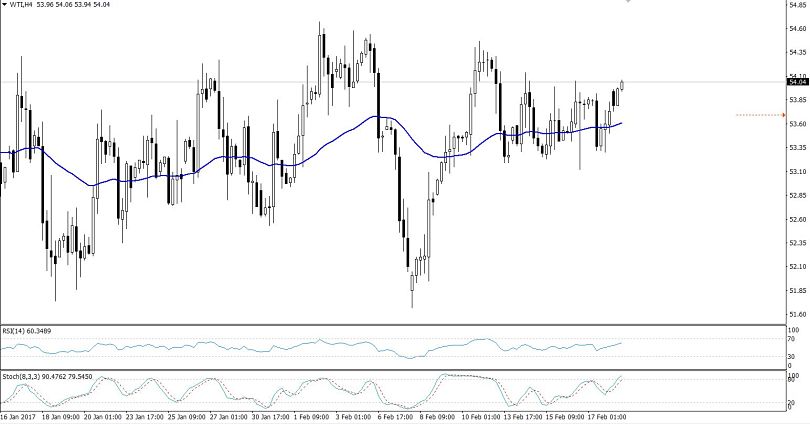 At the moment, we can see a consolidation pattern on the 4-hour chart, but the oscillators are in favor of a bullish trend as the RSI is holding above 50. Moreover, the 50 periods EMA is providing additional support to the bullish trend in the WTI crude oil. Most importantly, we can see a bullish marubozu candlestick that’s providing us a clear signal about the sentiment of traders, which is to buy!