The GBP has been in demand all afternoon yesterday and this morning, but a couple of hours ago, it started to show signs of weakness. The UK GDP report was about to come and the nerves were kicking in.

Once the report was released, GBP/USD lost another half a cent despite the better headline. The main GDP number for Q4 was impressive as it came out at 0.7% from 0.6% previously.

So at first glance, the report looked great. The UK economy has grown more than expected in Q4 last year, right? Not exactly. The details are nothing to write home about. In fact, they´re bad enough to make this GDP report look negative overall, despite the better headline number. 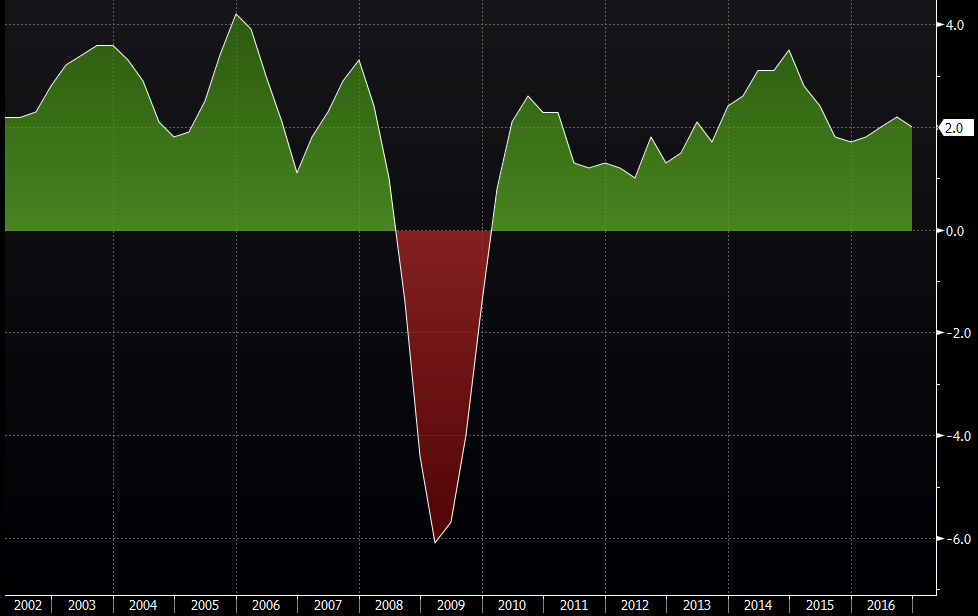 Is this the beginning of Brexit?

Business investment is the most important number here because it shows the future plans of the companies operating in the UK. Investments fell 1% in Q3 and 0.9% in 2016 overall.

The surveying firm, ONS, say that information and communication technology as well as "other machinery" were the main drag behind this fall in business investment. I don´t know what they mean with "other machinery" but it looks like it´s manufacturing, I suppose.

Another important miss came from the UK income and employee compensation. It only grew by 0.1% in Q4 while it had grown 1.3% in the previous quarter.

So, overall this report leans towards the negative side of the scale in my opinion. The GBP is feeling the weight, but looks like the decline has stopped now.