This month, I am really excited to avail fresh trading opportunities. Let's see what opportunities are there for us today.

Yesterday, the market was highly volatile because of the well-awaited speech of the U.S President, Donald Trump. As discussed earlier in our 27th of Feb morning brief, Trump was supposed to talk about tax rate cuts, immigration policies, the revocation of the Affordable Care Act, eliminating regulations, multinational trade agreements, and the budget for defense & security.

Congress found him to be very unclear about his policies as he had not provided any timeline for tax cuts. Rather, he stated that "right now, American companies are taxed at one of the highest rates anywhere in the world."

On Immigration, he mentioned that "by finally enforcing our immigration laws, we will raise wages, help the unemployed, save billions of dollars and make our communities safer." Once again, we don't see any timeline to execute these policies. It leaving us in extended uncertainty.

How Prelim GDP Impacts the Greenback?

Aside from Trump's speech, the Greenback was also impacted by the Prelim GDP q/q figures released by the Bureau of Economic Analysis. The readings reveal much about the U.S economy. Real gross domestic product (GDP) rose by 1.9% in the 4th quarter of 2016.

First, the figure was lower than the expectation of 2.1%. It impacted the U.S Dollar negatively and weakend the single currency.

Second, it hurt the Fed Rate Hike sentiment. Since the slowdown in economic growth, there has been increased concern that the Central Bank needs to be accommodative and should keep rates lower for a longer period of time.

The EUR/USD pair is likely to trade bearish as the investors will focus on Trump's favorable remarks. The U.S Dollar has strengthened on the optimistic sentiment of investors regarding the single currency since the statement that massive tax reliefs are on the way. 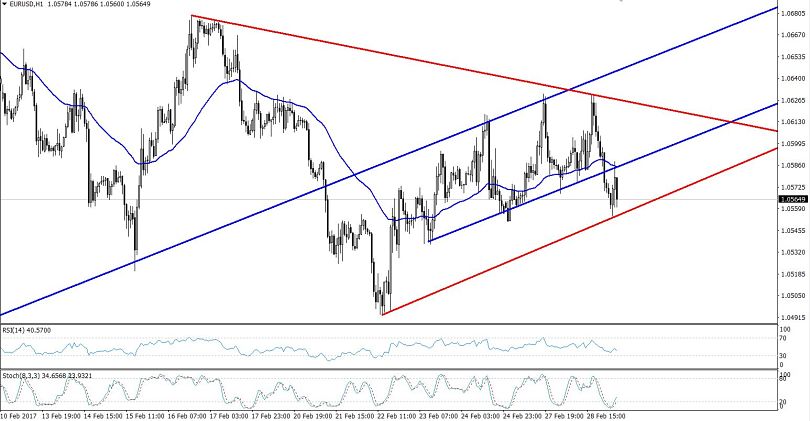 At the moment, we can see the EUR/USD is trading at $1.05649, right above a major trendline support level of $1.0559.  Previously, the pair has violated an upward channel in the 1- hour chart. Moreover, the leading indicators are also supporting the strong bearish momentum of the pair. Particularly, the RSI is holding at 40 and is moving to  a selling territory.

We have seen a strong bullish reversal in the USD/JPY currency pair. In the Asian session, it has added more than 190 pips to reach the intraday high of 113.65. If you are wondering what the reason behind this quick pullback is, let me help you with it. 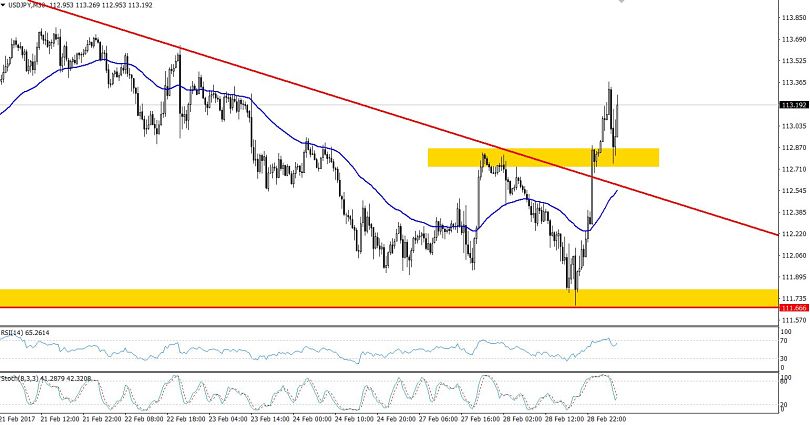 Firstly, the U.S Dollar strengthened on the optimistic remarks from Trump in the Asian Sessions. It dragged the exchange rate for USD/JPY higher.

Secondly, we can see a significant double bottom support level in the daily timeframe. In addition, the pair has also formed a tweezers bottom candlestick pattern in the same time frame. It's a bullish reversal pattern and signifies that buyers are likely to enter in this area.

At the moment, the USD/JPY is trading below a major resistance level of $113.750. Investors are recommended to have their sell positions below this level with a potential take profit at $112.900 along with the stop loss above $114.110.