A Bearish Trade Setup in Nikkei

Today, the Japanese stock market index, Nikkei, has traded sideways throughout the Asian and European trading sessions. Earlier this morning, the index dipped dramatically to place an intra-day low at $19189. However, the bearish momentum was short lived. Later in the early European sessions, the buyers appeared to reap benefits from the oversold markets.

One of the major reasons behind this drag was the unfavorable economic events released by Japan & China. Japan's economy watchers sentiment fell to 48.6, missing the expectation of 49.9. This survey measures the relative performance level of the economy. Moreover, the deepening trade deficit of the Chinese added more risks to global stocks. 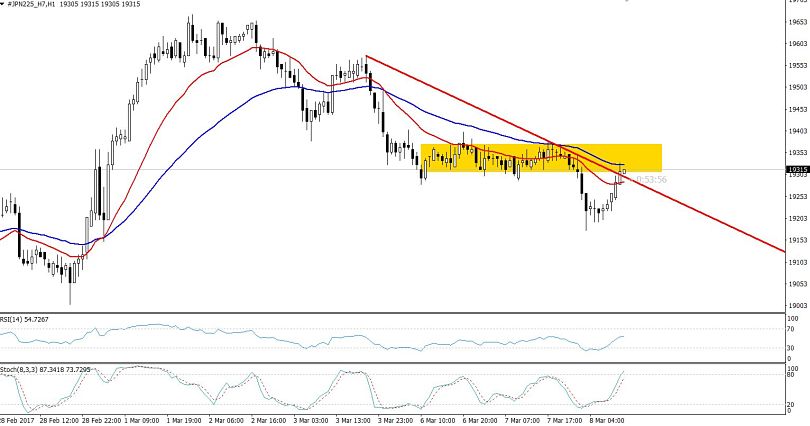 At this moment, the Nikkei is holding right below a major resistance level of $19335. We can see that the index has recently completed a 61.8% retracement in the 1- hour chart and has also tested the 50 periods EMA. One of the leading indicators, stochastic, has entered into the overbought territory, demonstrating that the sellers are looking at the area.

Nikkei Signal: I am looking to add some selling positions in the overbought index if it holds below $19335, having placed a stop loss above $19380 and a take profit at $19250.