The overall market has been trading sideways for the same reasons discussed in the morning brief from the 15th of March. In fact, I am waiting for the market to catch some volatility, but it seems unlikely before the release of the crude oil inventory figures, which are set to be released at 15:30 (GMT). 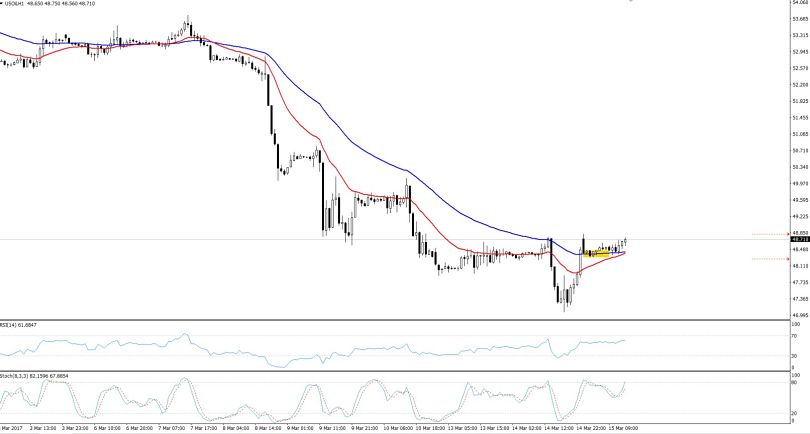 In the previous two weeks, the inventory figures have suprised the market and we have seen a sharp sell – off.. The latest news reported that one of the major oil producers and an OPEC member, Saudi Arabia, confirmed its commitment towards output cuts. This news should boost  oil prices, yet the market remains unchanged.

The Fed Rate Hike is also likely to impact the WTI Crude Oil.  If the Federal Reserve increases interest rates, we may see oil investors sell crude oil due to its negative correlation with the U.S dollar.