Canadian GDP Takes USD/CAD To The 200 SMA – Who Wants To Buy? - Forex News by FX Leaders

Canadian GDP Takes USD/CAD To The 200 SMA – Who Wants To Buy?

These are some really strong numbers which will place pressure on the BOC (Bank of Canada). The Canadian economic data has improved recently, partly due to better global economic conditions and partly due to higher oil prices.

Nevertheless, until now, the BOC has remained bearish in regards to the monetary policy. However, the BOC won't be able to ignore today´s GDP report. 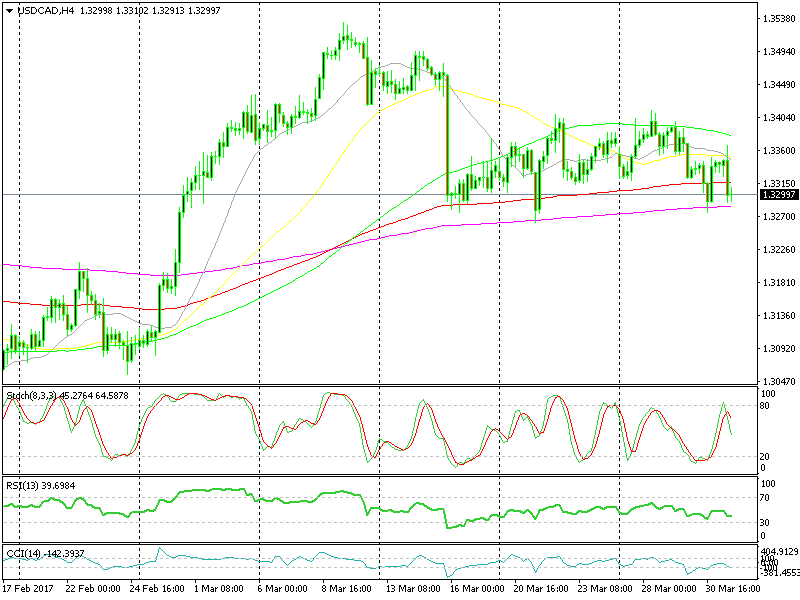 The CAD has surely taken notice; USD/CAD has dived about 60 pips, which has taken us to the 200 SM on the H4 forex chart, as you can see above.

The level around 1.75 has provided solid support for the last three weeks with the help of the 200 SMA. This moving average has provided resistance in the past, which makes it even more important.

So, it´s a good place for a short term buy signal, right? Well, technically yes, but the problem is that today´s GDP numbers might turn everything around fundamentally. We might see one or two comments coming from the BOC which might turn the fundamental picture upside down, from dovish to hawkish.

That´s the worry for buyers right now. In fact, the odds are that we will hear nothing from the BOC. Yet the fear is that we know how the forex market loves to anticipate things to the point where often market sentiment is stronger than any sort of analysis.

That doesn´t necessarily mean that the downside is more favourable than the upside and we should open a buy forex signal. But, that is certainly the case for right now. So if you´re looking to buy this forex pair now you should consider market sentiment before buying.