Yesterday, the market remained quiet and calm as most were closed in observance of Easter. As the Easter holidays are over, we can expect a large number of investors to rejoin us today.

The U.S dollar remained under pressure for the same reasons which we discussed yesterday in our weekly analysis update. The rising tensions between the United States, North Korea, and Syria are creating enormous stress in the market. The Gold remained supported after Mike Pence, the U.S Vice President, remarked that “the era of strategic patience is over”.

Addtionally, the economic figures from the United States missed their forecasted numbers. Specifically, the Empire State Manufacturing Index missed it's mark. It released at 5.2 which was much lower than the expectated 15.5 and even lower than the previous figure of 16.4. This index helps investors understand the sentiments of New York's manufacturers about upcoming economic conditions. Let's see what we've got on the agenda today.

EUR/USD – The Pair With Ascending Triangle

The major currency pair, EUR/USD has nothing new to offer us, but the pair is certainly in focus due to the French Presidential elections which are being held on April 23rd. The pair has been in focus for Europeans over the past few weeks and this has weighed on the single currency.

Aside from this, we don't economic event releases coming in from the Eurozone today. Consequently, we need to look for technical trading levels to take up our positions. 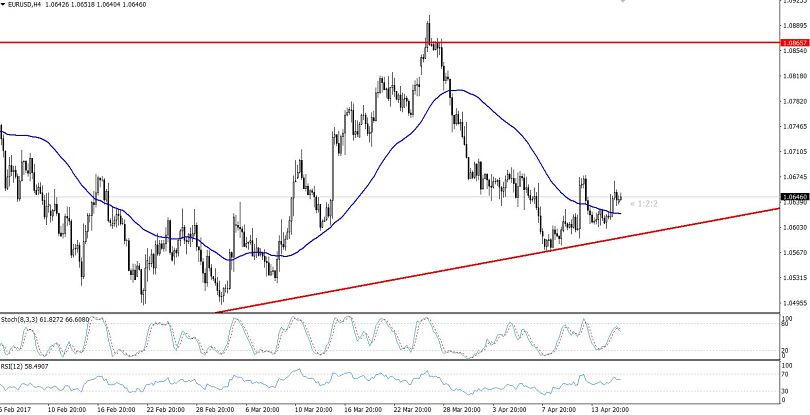 Looking at the daily timeframe, the EUR/USD pair has formed an ascending triangle pattern. This is providing a support at $1.0601, whereas the nearest resistance is found at 1.0675.

The RSI is trading almost neutral at around 50. The 50 periods EMA reflects investor's mixed sentiments. Personally, I think a breakout in the pair is unlikely considering the economic events ahead. However, we never know what the market may offer us.

Comparatively, the Japanese Yen was the only currency which remained weaker in comparison to the U.S dollar. In our weekly update, we spoke about this pullback. It was likely caused by the pair trading in oversold territory, the absence of major market participants and lack of volume. At this point we can't expect further sellers in the pair.

Another reason behind the weaker JPY was the slight bullishness of equities. Ignoring this fact, the market is still uncertain and cautious in regards to the United States's upcoming plans. 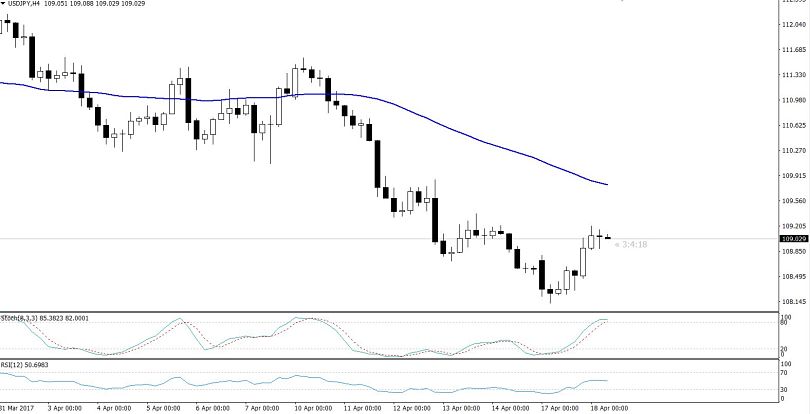 Technically, the pair is out of oversold territory and has reached a significant resistance level of $109.20. It's similiar to a double top pattern and we know very well that it's a reversal pattern which has the potential to convert the bullish trend into a bearish one.

The 50 periods exponential moving average (EMA) is suggesting a bearish bias. At the moment, the RSI isn't in support of a bearish trend. In the 4-hours chart, a test bar below $109.200 is signaling that investors sentiment is moving from bullish to bearish.

Today, we have a good number of economic events from the United States which have the potential to give this lazy market some action. The New York session is likely to introduce some trade opportunities. Stay tuned!