A Gap In The WTI Crude Oil – How To Trade? - Forex News by FX Leaders

A Gap In The WTI Crude Oil – How To Trade?

Yesterday, we saw some heavy losses in the WTI crude oil. This was due to the EIA crude oil inventory data which recorded a drop in inventory of 1.0 million barrels over the previous week. The drop in inventory was lower than the expected figure of 1.2 million/ barrels.

You must be wondering why crude oil prices dived more than 200 pips, while the fall in inventories indicates an increase in the demand for Crude Oil which ultimately should lead to a price increase.

The investors increased their bets on crude oil due to expected inventory figures which suggesed a draw of 1.2 million barrels. The actual draw was 1.0 million barrels making the actual figure lower than the expectation. That's why we have seen sudden selling en masse. 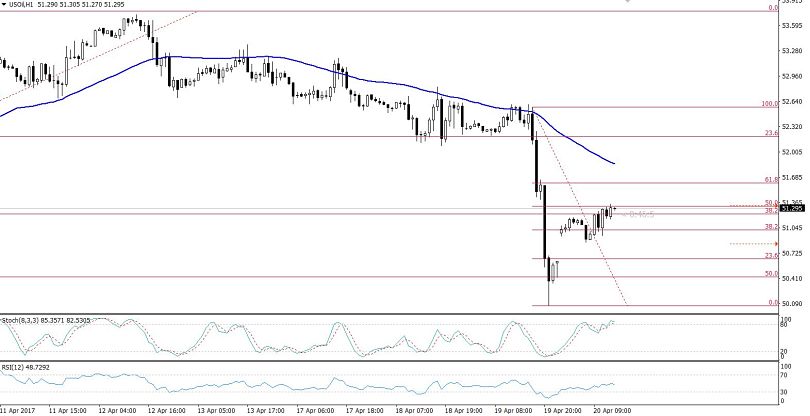 How To Trade The Gap?

This morning, the crude oil opened with a huge gap of around 36 pip. Yesterday it closed at $50.62 but today it opened at $50.98. The gaps caused by volatility are meant to be filled in the same day or in upcoming days.

Technically, the black gold has completed 50% retracement in the $51.32 and also holds below 50 periods EMA resistance along with the RSI. Hence, the indicators are suggesting a sell signal making it time to call for a selling entry.

Investors are recommended to take up a sell position below $51.30 with a stop loss above 51.45 whereas the take profit should be placed at $50.60.