A Trade Idea On The WTI Crude Oil – Inventories Are Out! - Forex News by FX Leaders

A Trade Idea On The WTI Crude Oil – Inventories Are Out!

For the last two days, the black gold has stuck in the tight trading range of 100 pips, with an upper range of $50.10 and a lower range of $49. Yesterday, I was supposed to share a trading signal on crude oil, but the market became highly volatile upon the release of EIA inventories figures.

Later over the next hour, investors must have realized that the overall inventories of crude oil still stand at 528.7 million barrels, which is 3.8% higher than the previous year's inventories. 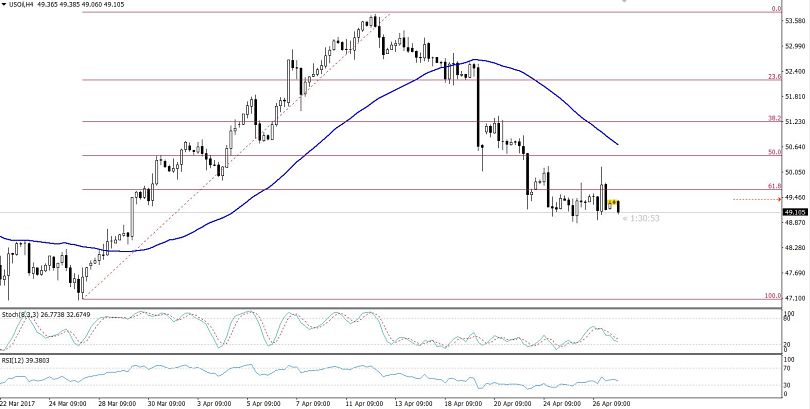 As I wrote in my report,  WTI Crude Oil Traders On Hold – Inventories Ahead, the crude oil traded exactly on the quoted levels. As I said in my previous analysis, the crude oil has not only completed 61.8% Fibonacci retracement level at $49.65 but is also consolidating below it. The oil can find another support at $49.20, but the breakage will lead towards $48.90.

The crude oil just dropped below $49.65 and remained supported near $49.20. Now, the oil prices can move towards the double bottom level of $48.90. The RSI and 50 periods moving averages are also in support of selling bias.

Selling Crude Oil After Buildup in EIA Inventories
13 hours ago