Yesterday, investors traded the market in a sideways trend in the absence of major economic events.  The U.S. dollar index traded higher compared to the basket of major currencies. The bullish waves in the dollar occurred due to the slump in the single currency Euro.

Emmanuel Macron’s success in the French presidential election was a highly anticipated event and most traders had already bought the Euro based on the rumors. Later, upon the release of results, investors sold the single currency to make a profit and switched their investments to the dollar.

Fortunately, our forex trading signals on the forex indices and commodities did well. However, our trading signal on the yellow metal missed the take profit by 10 pips, though it's still holding in profit. Hopefully, It will hit our take profit during the European session.

Yesterday at the Asian open, the Euro initially soared compared to the U.S dollar and reached a six-month high of 1.1000. As discussed in our Forex Signals Brief May 8 – 12, election results showed Macron winning a major 66% of the ballot whereas, Le Pen secured 34%. The EUR/USD reversed its gains as it already priced in the outcome the previous week.

Moreover, the German factory order figures were slightly better than anticipated, with a 1.0% increase for the month of March. Whereas, the Sentix Investor Confidence came in higher than the previous figure. Yet, the Euro failed to gain support as investors focused on the dollar index because of the improved labor market figures released on Friday. 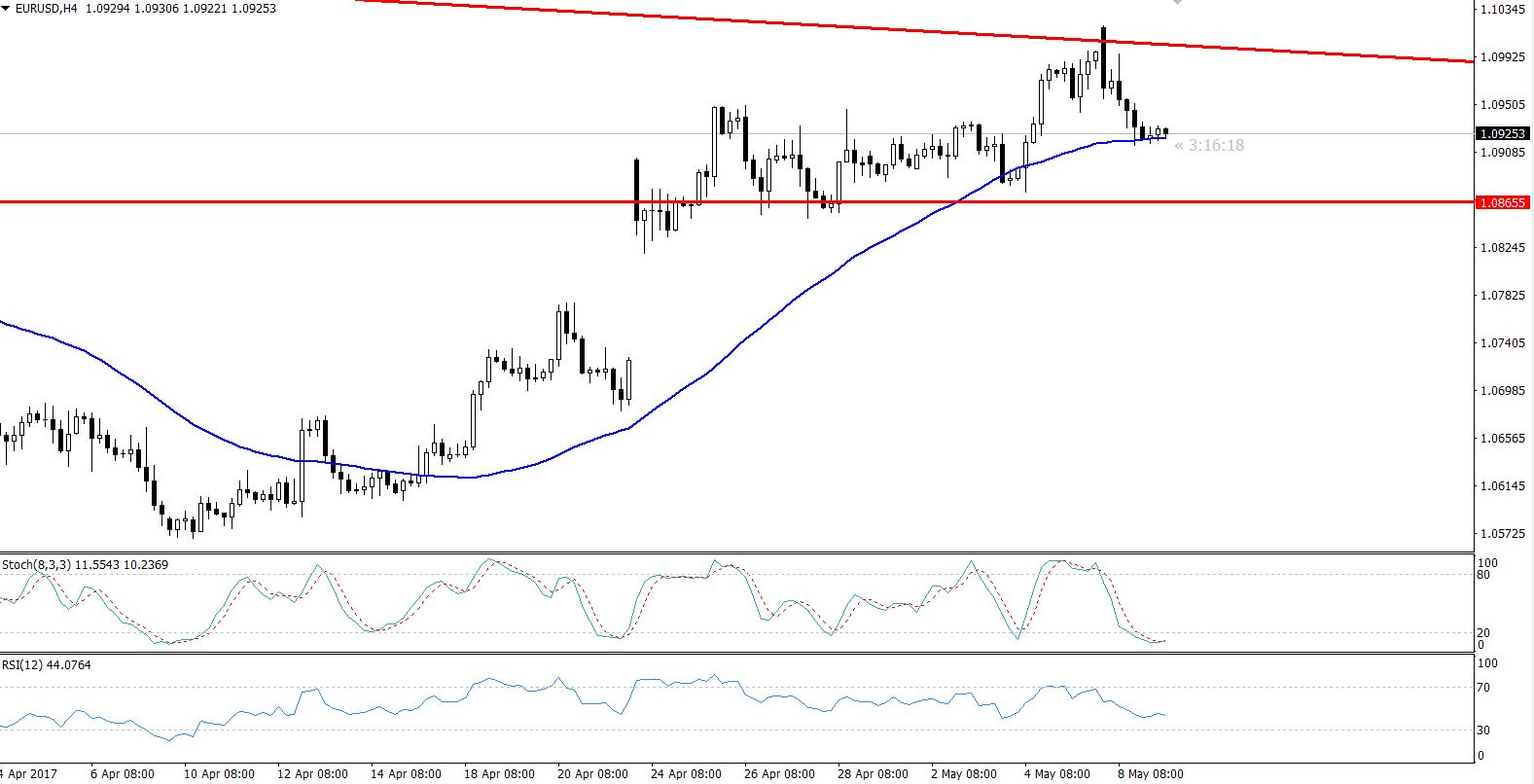 On the hourly chart, the EUR/USD outlook has turned bearish as it crossed below the 50 periods EMA at $1.0960. We can see a descending trendline pattern on the daily timeframe which is extending strong resistance to EUR/USD at $1.1015.

The safe haven currency, Japanese Yen isn't very popular at the moment. This is because the market is lacking uncertainty. We don't see any geopolitical tensions which may threaten the global economies.

Previously, we were concerned about the Eurozone elections, but now we know the results. Besides this, last week the FOMC statement was hawkish, which switched investor's attention towards the U.S dollar. This week, we aren't expecting any supported events from the Japanese economy. Therefore, we can expect the market to follow technical levels. 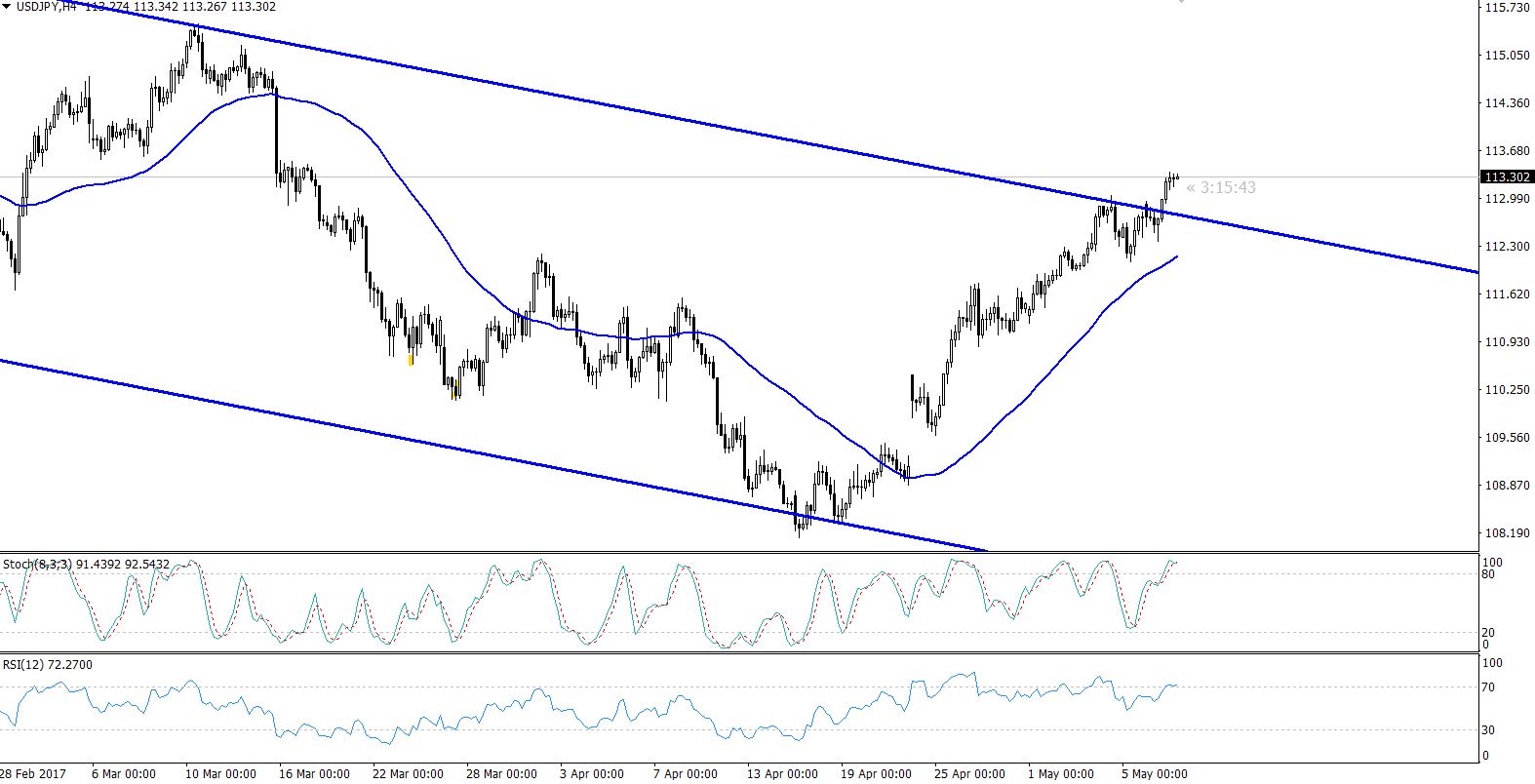 As discussed in the previous report, the USD/JPY was trading in the bearish channel on the daily chart. The pair was trading right below the top edge of the bearish channel, which is extending a strong support at $113. However, the buyers entered the market and broke this major resistance of $113 in the New York session yesterday.

At this point, the RSI is indicating an overbought scenario which may cause a retracement in the pair. In my opinion, a retracement is imminent at $113.650.

As we know the market doesn't have many fundamentals to offer us. Therefore, we are expecting a thin volume of traders entering the market today. Most of the trading decisions will be based on the technical levels. It is important to monitor these levels closely before taking any position.